Since the fall of being the drug capital of Colombia (and the world)  where the the infamous Pablo Escobar reigned supreme the city has flourished.

Luckily for you the Colombian government has re-taken the city and Medellin has now become a paradise for foreigners.  The streets are safe (most of the time) and you enjoy spring like weather throughout the year.  Although there aren’t that many things to do for tourists, you can still find things to keep you busy.

Here are the top things to do in Medellin: 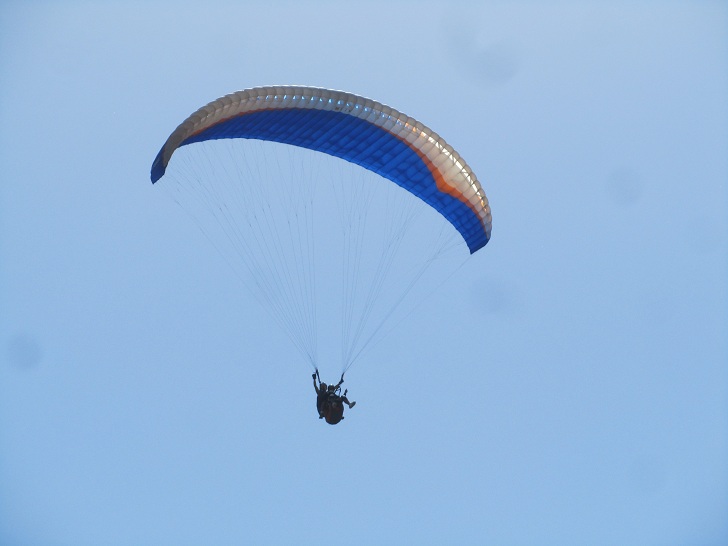 Picture of a Paraglider

Imagine soaring the sky while paragliding in Medellin is indescribable.  Soaring through the air and seeing the city huddled in-between the Andes mountains is quite impressive.  At the low price price of roughly 80,000 pesos you get to fly through the air for about 20 to 30 minutes.

Try to go first thing in the morning and fly first.  The weather in Medellin can change quickly due to the fact that its high in the mountains.

A sculpture in Plaza Botero

Probably one of the most popular tourist attractions in Medellin and a sense of pride for all paisas (people from the city of Medellin and the state of Antioquia).

These very popular structures can claim the common adage its not over until the fat lady sings!

Some of the famous (where are my manners?) pleasantly plump figures that have made the Medellin native artist, Fernando Botero, famous can be found in both Plaza Botero and the Museum of Antioquia.  The museum also houses works from Colombian artist Pedro Nel Gómez.

Picture of the Botanical Gardens in Medellin

The Botanical gardens in Medellin boast almost 40 acres of green space dedicated to all kinds of orchids and plants.  The garden is situated in a green part of the city where many locals gather to ride bikes, go canoeing, and even rowing.  The expansion that began during 2005 is what gives the Botanical Gardens the signature look they have today with the wooden steel towers pictures above.

The annual Orchid Show at Jardim Botanico is exceptional every August.  it coincides with the popular Fiesta de las Flores (flower festival) that is also held in August. 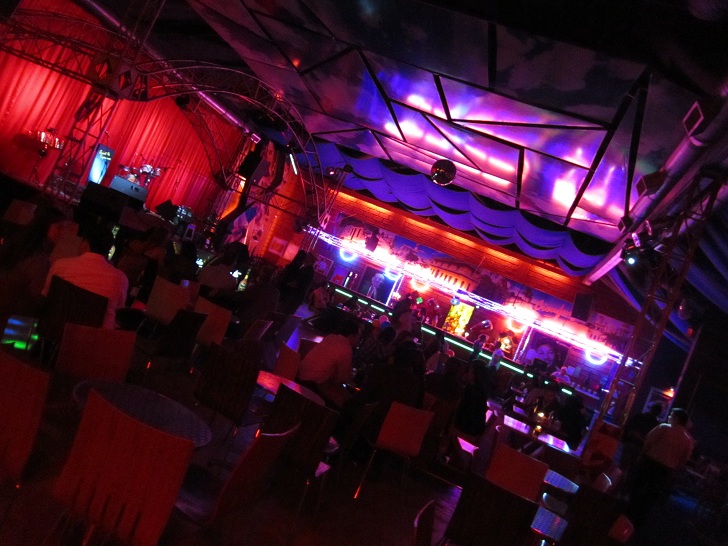 I know many of my older readers are not interested in this as much but definitely hear me out for just a moment.  The top tourist attractions in Medellin have to include going out even if you are considered of an older generation.  One of the unique aspects of the Medellin is getting to know the people of the city. They are some of the most open, kind, and gracious people I have met traveling around the world to roughly 80 countries now.

When going in Medellin one will see elderly Colombians dancing better than 16 and 20 year olds. It is something to witness even if it takes you a few days to recover.

This is what many people come to do in Medellin, party!  Paisas (people from local area of Medellin) love to dance and have a good time.

The nicest places change all the time and currently the best places to go out in Medellin are Rio Sur and Parque Poblado.  If you are looking for a more bar atmosphere then head to La 70 or La 33 in the area of Laureles.  A more upscale zone is the Las Palmas (quite far from most things).  Most tourists go to Parque Lleras so if your interesting in a more local experience head to the other areas of town.

The man that made news around the world for controlling 80% of the global cocaine market made the city famous.  One can retrace his steps and visit his grave, the house where he was caught, and even a plane graveyard where a few of his plane’s have been decommissioned. 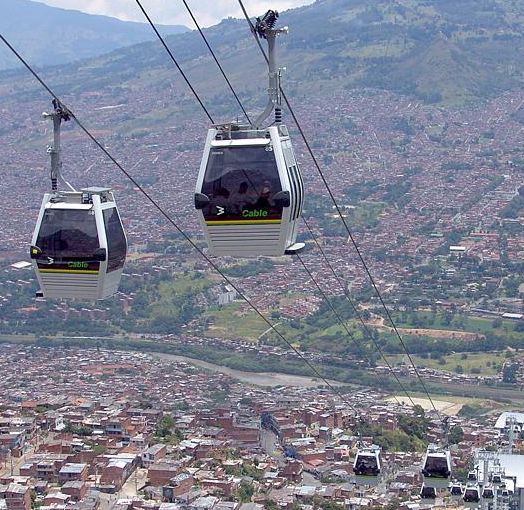 Picture of cable car in Medellin

While the main purpose of the cable car was to provide complementary service to the city’s metro system, the new line J is an exclusive tourist line.

The new line was built to promote tourism at Arvi Park.

You can also ride the line L that will take you over part of the slums of the city to Biblioteca Espana (they are safe to visit).  Not only will the architecture of the library surprise you, but you will also get great views of the cosmopolitan city in Colombia.

The Spain Library (as translated in English) was built as an urbanization project to help the local community.  The library now provides a wealth of resources to the local community and also has brought a ton of tourists to this part of the city.

Definitely an often missed tourist attraction in Medellin.  Parque Arvi has planned to be one of the largest nature reserves in all of the nearby territories.  There is an insect museum in addition to a lake where tourists can rent on the water at Piedras Blancas. There is great history to be learned in the park with ancient roads being discovered as well.  Definitely worth a look for those that are interested in history.

2013 Update: I have chosen to buy a penthouse here in Medellin and use the city as my base while living overseas as I continue to travel around the world. Would highly recommend a visit and possibly a longer term stay. It is one of my favorite cities in the world.  I plan on starting a day trading center to train the locals how to day trade in the stock market using my strategy we teach at The Day Trading Academy.