After the US dollar (USD) the Euro is the world’s most liquid currency, followed by the Japanese Yen (JPY) and the British pound (GBP). Traders will speculate on the Euro’s weakness and strength against currency pairs which are of course the way we recognise the value of one currency as against another. A currency pair being defined as the quotation of the relative value of a currency unit against the unit of another currency in the foreign exchange market. 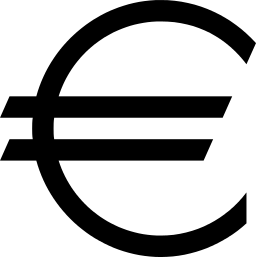 The Euro trades in the USA continuously from Sunday evening through to Friday afternoon offering many opportunities to the alert trader for profit taking. In each daily cycle there will be the inevitable fluctuations in both volume and volatility and whilst of course you are able to open and close positions at any time, the vast majority of trading strategies uphold during active periods.

It is generally agreed that a trader should look out for the times of the release of important economic data as well as the open hours for equity options and futures exchanges. There are so many different influences which need to be taken into consideration – there are movements in individual European countries as well as the enormous impact on all currencies of US Economic data.

Apart from predictable, because of their regular timetable, economic announcements, political and climactic events – ranging from an election or a referendum outcome to a tsunami, can play havoc with currency values and will require sensitive trading strategies.

You will find that monthly economic data from the Eurozone is generally released at 2 a.m. Eastern Time (ET) in the United States. The time segment from 30 to 60 minutes prior to these releases and one to three hours afterwards highlights an enormously popular period to trade EUR pairs because the news will impact at least three of the five most popular crosses. It also overlaps the run-up into the U.S. trading day, drawing in significant volume from both sides of the Atlantic.