Thanks in part to the mixed performance from UK IPOs since the staggering debut from Royal Mail last year, TSB’s float last week was subject to a fair degree of extra scrutiny. Was it going to be the proof that the time for IPOs is over, or would it reignite a flagging market?

All in all, the reaction to the initial launch (still under conditional trading) has been positive, thanks to a 10% jump in value from Lloyds’ initial price of 260p. Investors in TSB will be pleased to see a good return on their trade, whilst the company is still trading beneath its book value: so many predict that there is still room for more growth. 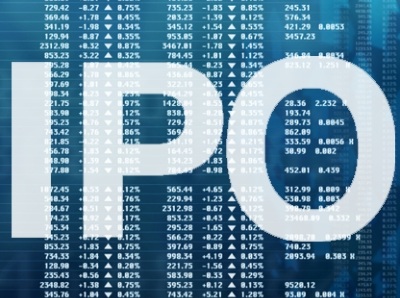 On the other hand, questions remain over TSB’s real potential – its declarations about intended profit and revenue have been underwhelming, and banks are not the safe investment they once appeared to be. One thing is for sure – owners of TSB stock will not be seeing a dividend any time soon, so will be relying on the company’s market performance to assess the worth of their investment.

Recent IPOs have flattered to deceive, often reversing their initial fortunes in either a positive or negative direction. Should latecomers to TSB still consider investing, or is the 11% rise as good as things will get for the company?

Despite the hype, TSB is one of the smaller UK companies to undertake a major IPO in recent years. Valued at £1.45 billion, it is valued lower than Saga, King, Just Eat and Royal Mail. Of those, it is closest in worth to Just Eat, which floated at £1.55 billion earlier this year. Like TSB, that valuation was significantly higher than IG’s grey market was predicting, and an increase on the initial capitalisation of £1.47 billion (or 260p per share).

Both companies remained around the 280-90p mark on their first day of conditional trading. Just Eat then slipped, dropping beneath its original share price a week after launching and then down to a low point beneath 200p a few weeks later. That meant a valuation of the company dangerously close to going beneath the £1 billion mark; though it then reversed and is now trading at around its original cost of 260p.

Still, investors in Just Eat who stuck with the stock after its initial gains will only now be breaking even. Where the company goes from here is yet to be seen.

Another company to exceed its initial pricing is Poundland, which saw an impressive first day performance earlier this year. Stock was sold at 300p per share, opening on its first day at 356p and rising from there to 370p.

Unlike Just Eat, Poundland was able to hold onto those gains after the first day, rising above 385p and remaining there up until early April. Unfortunately, like Just Eat, that success has not stuck and stock is currently trading around the 300p mark – once again back to its initial cost and well beneath the highs that it reached on day one.

Of the 6 IPOs since Royal Mail that IG have had grey markets on, none are trading more than 5% above their initial worth (and the 5% is Zoopla, which only floated the day before TSB). Bar Zoopla, all are in a negative compared to the gains posted at the end of day one of trading; despite three of them – Saga, Pets at Home and Poundland – trading in a positive by the end of their first week.

However, TSB does have much to set it apart from other IPOs. Banks on the FTSE are all performing fairly well at the moment, and as a challenger bank TSB is in a position many want to share. TSB is also a long standing, well-known brand that isn’t as badly tarnished by the banking crisis as other high street banks. Ignoring the stock entirely at this stage would be foolish.

But to celebrate TSB as the successful IPO we’ve all been waiting for is premature, and probably a sign of the yearning from the markets for a sign that things are changing. Where the stock goes from here, and what that will mean for other companies considering a float in 2014 – both in the UK and abroad – remains to be seen. For more information on the IPOs mentioned in this article, go to http://www.ig.com/uk/ipo-list

Always remember that spread bets and CFDs are leveraged products. Spread betting and CFD trading may not be suitable for everyone and can result in losses that exceed your deposits, so please ensure that you fully understand the risks involved.