Recently on the blog I wrote about how I made my first investment in Brazil, virtually at least, and I wanted to follow up with some great information that I found in the last few months. There have been great expectations from emerging economies for 20 or 30 years now and with Western countries continuing to pile up debt, it’s going only going to get more promising for emerging economies.

Living in Brazil for 6 months, I know that Brazilians love to travel and are extremely curious people, what I didn’t realize was the lack of travel information there was online in Portuguese for Brazilians.

Whenever I travel I always speak to locals and find out about potential investment opportunities.  The lack of travel information is going to get better in 10 to 15 years as the Brazilian middle class continues to grow and spend money.

I spent a lot time with a group of Brazilians when I visited Easter island, I also spoke with various tourism boards when I tended the TBEX travel conference recently Spain.  One thing that I realized was that this is an extremely good business opportunity.

I took advantage of speaking with the group of Brazilians I met in Easter island because they are experienced travelers. Most of them have been to far-off places like China, India, and of course, Europe. When I asked them what kind of information was available for them online they told me that there wasn’t much, especially for Southeast Asia.

I was extremely surprised to find out that there was barely information on the region in Portuguese, most of the information that was available online was from guess who? Travel bloggers.

Since I am day trading for a living and providing day trading education to others, have to be near a reliable Internet connection, I usually travel much faster than most other people.

Whenever there is a choice, I choose not to take buses and opt for the much faster option of flying or more convenient option of taking a train.  Wasting time on a 20 hour bus ride actually loses me money, I can arrive in a few hours by plane and trains normally have internet access with plugs so I can work. 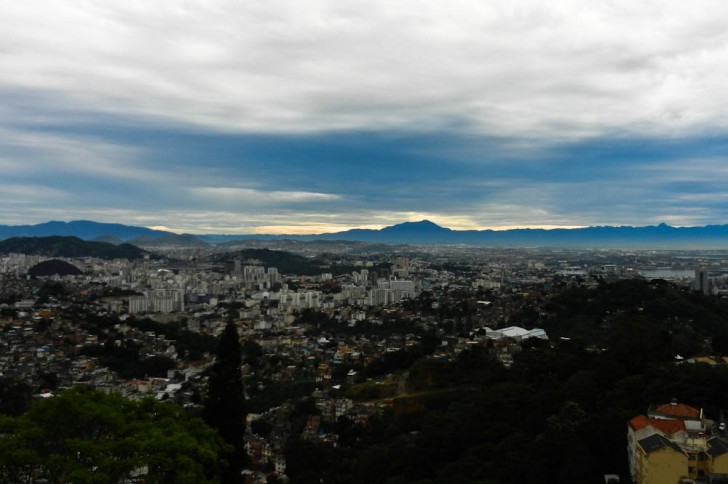 I have extensive information on Eastern Africa, South America, and with my recent plans to move to India, I will begin to have detailed information about Asia.  One of the biggest strengths of WanderingTrader is that I normally travel to places that people don’t travel to; South Sudan, Ethiopia, Somaliland, and the Guyana’s in South America, to name a few.

I have all the information now and will make it available as a resource in Portuguese which would give me a leg up on all the competition. Travel bloggers are sprouting up everywhere and it’s no different when it comes to Brazilian travel bloggers.

When I attended the TBEX travel conference I was speaking with many tourism boards and most told me that they were opening their first tourism branch in Brazil.  Everyone wants a piece of Brazil.  Between all of the emerging markets I think Brazil has the most promise when it comes to investment and even travel.

The Chinese will have the ability to travel but who wants to learn Mandarin?

India, another  excellent economic prospect, is having major economic problems at the moment and are on the verge of an economic collapse with their currency starting to be evaluate at a rapid pace. That leaves South Africa, Brazil, and Russia.

Russians already travel, especially to Europe, and South Africa isn’t as big of a market as Russia or even the massive market of Brazil. 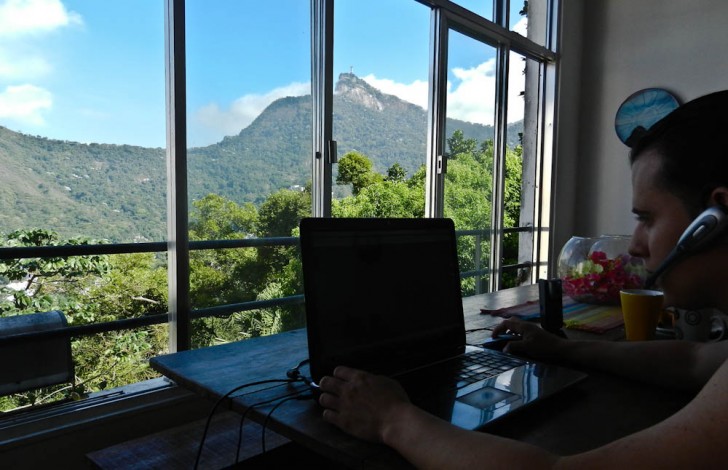 Brazil has the fifth largest population in the world and barring any major economic collapse, will continue to grow into one of the strongest economies in the world. In the course of the last 50 years Brazil has gone from a top 20 economy to number six on the world stage.

As of last year, Brazil’s economy only trails the United States, China, Japan, Germany, and France.

Investing overseas, and investing in general, is all about catching the boat before it leaves the harbor. With Brazil having such massive potential as an economy, it would be foolish to not focus on a business there. More and more Brazilians are going to want to travel and will be looking for the information that they need online.

The beauty of it is I can still travel the world and work online.

At TBEX, the representatives from Eurail told me that Brazil is one of their top 5 markets. I also found out that Brazilians don’t need a visa to visit Europe. While the information for Europe in Portuguese is probably already saturated, I highly doubt that anyone would have the information they need for most other countries.

It’s going to be interesting trying to run a business in a language that I mostly don’t understand or can speak fluently. Most times when I was living in Brazil, I could understand almost everything being said but would always respond in Portuñol, Spanish and Portuguese mixed.  When I’m reading in Portuguese I also need to translate words from time to time, it will be a challenge but should definitely work out in the end.

I just finished redesigning the sites so if you’re interested in checking them out I would definitely love some feedback, VireiCarioca.com.br is the first, and Tudo-Viagem.com.br is the second.