Investing in South America is one of the new things to love about the continent.  If you have been reading this site for some time you may have realized that I mostly talk about travel and a little about day trading.

When I first started this trip around the world it was mostly because I love to travel and experience new things.

I have been living in Brazil now for roughly 3 months and realized that I haven’t been talking about one of the other things I love, business.

I plan to talk a little more about investing overseas as I am looking for lucrative opportunities for investment everywhere I travel.  I have been actively looking at the prospects for opening day trading centers in Brazil, Colombia, and Chile. 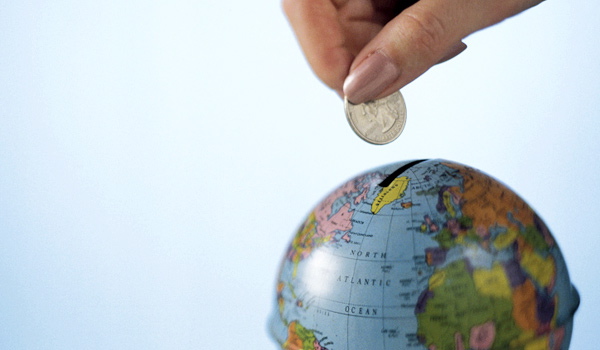 I pride myself on being able to visit every country in South America, except Ecuador, and since I have spent over half of my life on the continent it’s easy to say that I am an expert in the region.  There have been many changes in the last 20 years and the future is very bright in South America.

Investing in South America just got better with a common South American market.  It is inevitable as regions across the globe are looking to be competitive.  As the global economy gets more and more integrated the best way to compete is to form these supra natural organizations to help bring down competitive barriers and contend with the big players; United States, Europe, and China.

It will be interesting to see how the often corrupt South America will learn from the debt issues plaguing western countries.

There have been many unions formed between nations in South America with little to no progress.  In 2008, there was a new treaty signed that included all South American nations called UNASUR, the Union of South American Nations.

This new treaty created a great step towards unification and with Brazil’s economy emerging on the global stage, South America now has its driving engine to the future.  They have already lifted restrictions on the free movement of people by abolishing all visas for any South America nationals.

Corruption is minimal and with Suriname only being a major tourist attraction for the Dutch, there is a definite opportunity here.

Many people don’t even know this country exists.  The small country nestled in the north east region of South America is nothing in size or economic might, it does however boast a great combination of ethnic diversity and law and order that I find very attractive for investment.

If it wasn’t for the blistering heat I would try and live in Suriname.

What does that tell you about the stability in this country?

I am not completely sold on Peru but my mind was changed when I recently visited the country.  I spoke to many people that told me that things have completely turned around roughly 10 years ago.  Terrorism stopped and the new acting government has been focused on integrating changes that encourage growth and change.

I saw it the clearest when I arrived in the small city of Cusco, Peru has never been known to be an efficient country.  When there is no efficiency, corruption is usually rampant and the little things get lost, little things like having a perfectly manicured median in-between one of the major arteries of a city.

The taxi driver was locating my hotel and there was a median that was filled with colorful flowers and very green grass.  I thought what the hell is that?

The taxi overheard me and started laughing and that is when the conversation started about how Peru has changed.

I am not convinced that this is a permanent change just yet as most countries in Latin America are exactly like new relationships.  You meet a new person in your life and they are the best thing since the Iphone came out.  Then you get to know them better and you can’t agree on anything and you start to fight all the time.

Peru is in the just met a new lover category. I am not going to go out of my way to believe the herds and think that they have made a permanent change for the good just yet, reason why they are #5 on my list.

The poster child for South America and the only economically stable country on the continent for the last 20 years.  Chile is thriving and it is exporting its democracy and efficient ways throughout all of South America.

Chile is the Switzerland of South America not only because of the Andes.

I recently was touring the wine region in Mendoza, Argentina, and saw plans for a new tunnel that would connect Argentina with the port city of Valparaiso, Chile.  The concept is to radically reduce the time that it takes for goods to travel from the pacific ocean to the rest of South America (mostly Brazil & Argentina).

With China becoming the largest trading partner with Brazil, imagine what kind of business and volume that would bring to both Chile & Argentina once the tunnel is operational.  Travel time and costs would go down significantly by having ships unload their cargo at the Valparaiso instead of going through the Panama Canal or crossing the Tierra del Fuego.

This is an example of just one of the ways that the countries in South America are starting to work together and developing new ways to do business.

The powerhouse of South America and the home of beautiful women known the world over.  Brazil has become an investors paradise with a massive common market and regulations that have been eased to promote growth and investment.

The upcoming years will prove to be the launching pad for Brazil with unique global events such as the World Cup in 2014, 2016 Olympics, and even the recent Rio +20 event.  All of the events are forcing Brazil to clean up its act and start playing at the new world standards.

There are little things that still plague the country, a small example would be how I had trouble finding reliable internet to day trade in Rio De Janeiro.  That doesn’t mean that Brazil’s economy won’t continue to grow.

It will continue to be engine of growth in South America and start to be the new anchor in the region as countries start to rely less on United States and more on Brazil.

One of my favorite countries in the world and the host to one of my favorite cities, Medellin, the Colombian people have turned over a new leaf.  They are ready to put their Pablo Escobar days behind them and start focusing on the future.

They are past the “just met a new lover phase” and have found stability and great economic growth.  Every few months you hear about another government entity being completely dissolved and everyone being fired in an effort to root out corruption.

There are still kinks to work out which can be seen in the recent secret service scandal.  I blame that on the secret service, everyone knows that Colombian women are amazingly beautiful.  I have met countless Americans that have settled in different cities across Colombia and refuse to go anywhere else.  It’s a very special country that will host great opportunity for investment now and in the future.

Looking To The Future

Investing in South America isn’t as hard as it used to be and as the region continues to grow it will get easier.  Countries like Chile, Colombia, and Brazil are ready to make money via important changes and they have all gotten a taste of the good life, they are ready to keep working for it.

The verdict is still out on Peru but I like their attitude and chances.

I’m not sold 100% on South America thriving together as there are still countries that are trapped in basket case status; Venezuela, Ecuador, Paraguay, Bolivia, and Argentina.

What I look to see is Brazil thriving on its own while other up and coming countries like Colombia & Peru combine forces to get the ball rolling on regional economic efforts.  There is a new Pacific alliance that includes Colombia, Peru, Chile, and Mexico which creates a new market of 200 million people.

Whether it will go anywhere is another question, there are tons of South America treaties that have gone nowhere.

As far as my impact, I hope to teach other people how to day trade in the region via my Day Trading Academy.  One of the prime reasons that I came to Brazil was to look at prospects of opening a day trading center here.  I plan on staying in Brazil until mid September so I look forward to sharing my progress.