Visiting Israel for the first time has really opened me up to all of the great things to do in the country.  There are a massive variety of things to do in Israel ranging from exploring thousands of years of history in Jerusalem, living the vida loca in Tel Aviv, and even living what I call the Las Vegas Mediterranean lifestyle in the southern city of Eilat.

Of all things, make sure that you really get to know the people of Israel as they are one of my favorite cultures through all the countries I have visited.  There aren’t many places in the world that have so many different kinds of people in such a small area.  And to mention the history that this place has.  There are places in Jerusalem that are the most holy places for many religions outside of Christianity.  Here are best things to do in Israel:

View of the Jordan Border from the Dead Sea

It doesn’t get any more unique than this.  The Dead Sea is the lowest point in the world and is one of the only places where you can actually float in water.  It is a surreal experience actually laying there on your back trying not to get water in your eyes.  Make sure to try the mud that is reported to have plenty of health benefits for your skin. 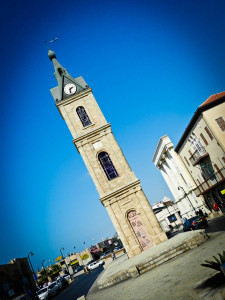 The financial center for Israel is a cosmopolitan city like any other in the world.  It has a unique blend of restaurants, cultures, and nightlife that is world renown.  Don’t forget to check out the unique city of Jaffa just outside Tel Aviv as well.

Thousands of years of history? Check.  Some of the most religious and holy sites in the world? Check.  Seeing how a culmination of cultures including Muslims, Christians, Armenians, and Jews live together in a .35 square mile (.9 square kilometer)?  Now that is definitely priceless.  Make sure to explore all of the religions throughout the country.

Lets not be naive and say that everything is dandy in Israel.  There is a conflict and one unique thing that you can do in Jerusalem is take a look at the controversy.  As a foreigner, you can hear the the point of view from both sides and form your own opinion.  Once you are in Israel you will soon realize that the country is about much more than just a conflict.  I wouldn’t call it a tourist attraction but you can view the security fence that the Israeli government is building. 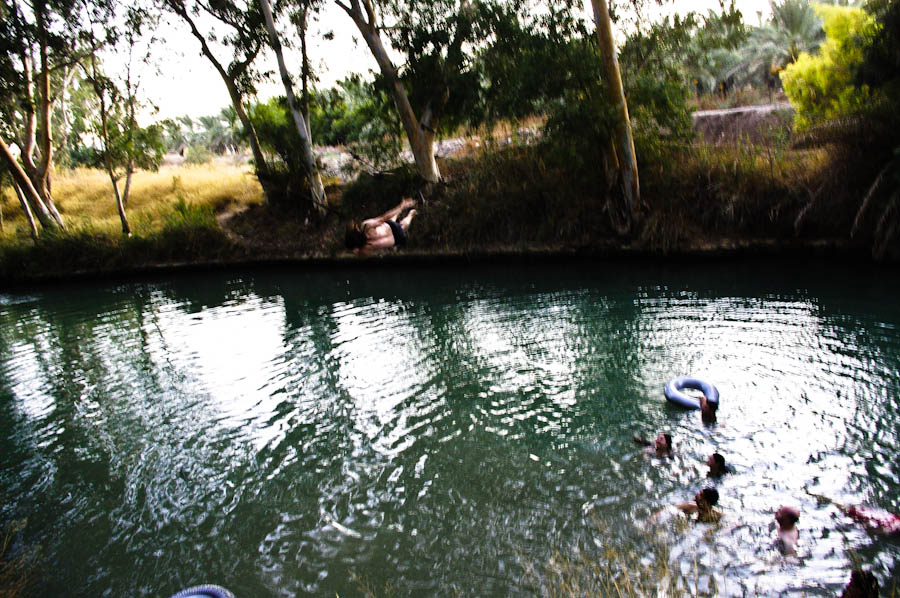 Doing A Back Flip Into the Jordan River

There is much history to be explored outside of the city of Jerusalem.  You can find the very first Kibbutz in all of Israel in the Jordan Valley and also take a swim in the Jordan River.  Near the Golan Heights you will find the Sea of Galilee  which makes a great spot for dinner and relaxation.

The small city of Haifa has great things to see and also happens to be the center of another religion, the Bahai Faith.  The Bahai Gardens happens to be the world headquarters for fast growing religion.  There are many picturesque parks in the city and since it’s home to the world renown Technion University, you can also find a great party here as well. 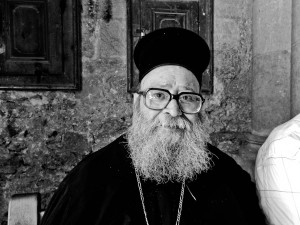 One of the things that you may now know about Israel is that it hosts many different religions from around the world.  If you are interested in different cultures and religions make sure to check a Druze Village and take a tour of the Bahai Gardens.  You won’t be dissapointed.

There is a massive coast of coral reefs that line the waters of Eilat and just outside the city you can explore a great patch of desert.  Sprinkle a little Las Vegas into the mix and you have a small city that is on the verge of exploding with tourism.  (Disclaimer: I am not just saying that because we met with the mayor). Make sure to scuba dive with dolphins while you are there (no certification required)