I just didn’t know when.

From the six months that I lived in the city in 2010 I have been around the world a few times over. I spent a significant amount of time in Africa, India, and even the Far East. What am I supposed to do after I have visited all seven continents?

I actually laughed at that. I would say that I have now become semi-nomadic. I travel very differently than others in that I rent a furnished apartment anytime I move overseas. Since I day trade in the stock market and run other businesses online a reliable Internet connection is a necessity. 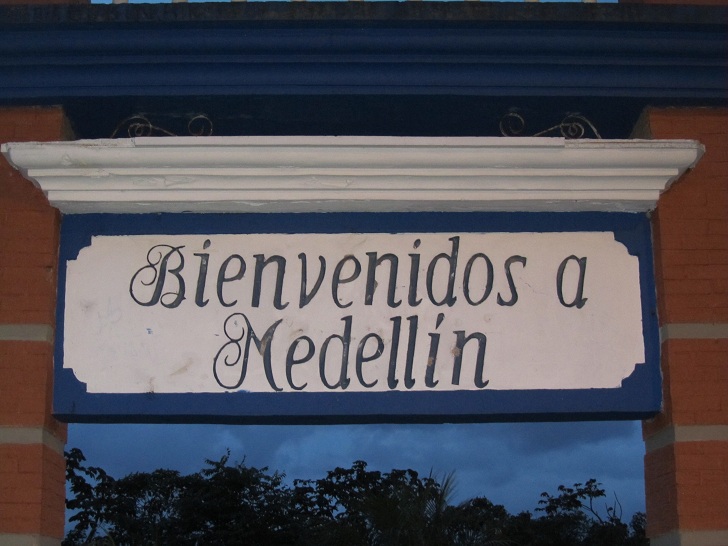 To boast my credentials I will inform you that I have lived in 12 countries spanning five continents.  All unique countries in their own right but nothing compares to living in the city of eternal spring.

Living in Medellin was always the comparison when considering the best places to live. It is now more than just a city where tourists come to visit the beautiful woman. And by beautiful women, I mean beautiful women.

Before visiting and returning to destinations like Rio de Janeiro, Toronto, London, and even Sydney, Medellin was by far the best place to live in my opinion. Understanding everyone’s circumstances it seemed as if the was as close to perfect as it could get.

If you are a beach person you may want to stop reading now. Medellin is in a valley surrounded by the Andes Mountains.

One of the first things that we have to understand about living in Latin America is that things work very differently.  For more than half of my life I have been living in these circumstances, streets are not clean, buses are never on time, waking up to roosters and chickens (only my Spanish readers will understand that joke), men with wood rolling shopping carts of fruit, and constantly being vigilant of crime and thieves. 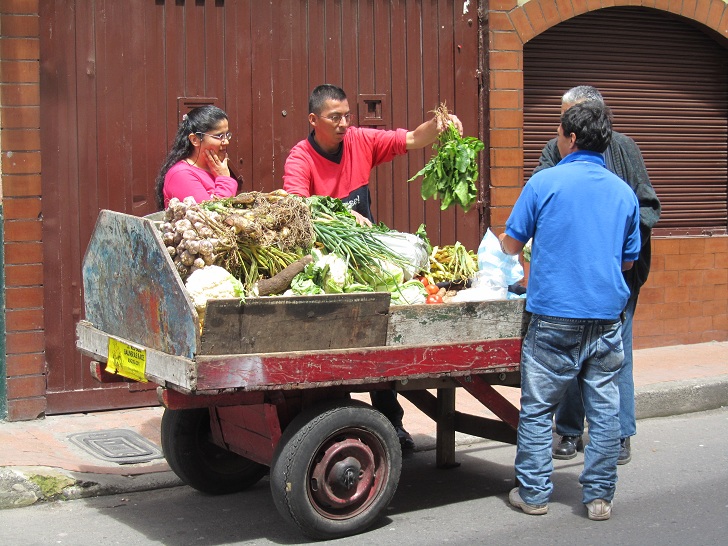 “We got veggies Ladies and Gentlemen! Veggies!”

When I first arrived in Medellin the city was actually clean. This was Latin America clean not Germany clean. But pretty damn close.

I was amazed at the graciousness and kindness of the people. No matter where I was or who I interacted with I was always greeted with pleasantries, pleases, and thank you’s.

Even kids that were 16 and 17 years old would have the same formalities. It is part of paisa culture (paisas are people from Medellin). Latin Americans are known for being open and friendly but this was on a completely different level.

Even though the people are so kind the city’s image has been permanently tainted by its past. Just imagine the life that people lived throughout the peak of the drug wars. What surprises me most is even through that period of time everyone maintained their graciousness. 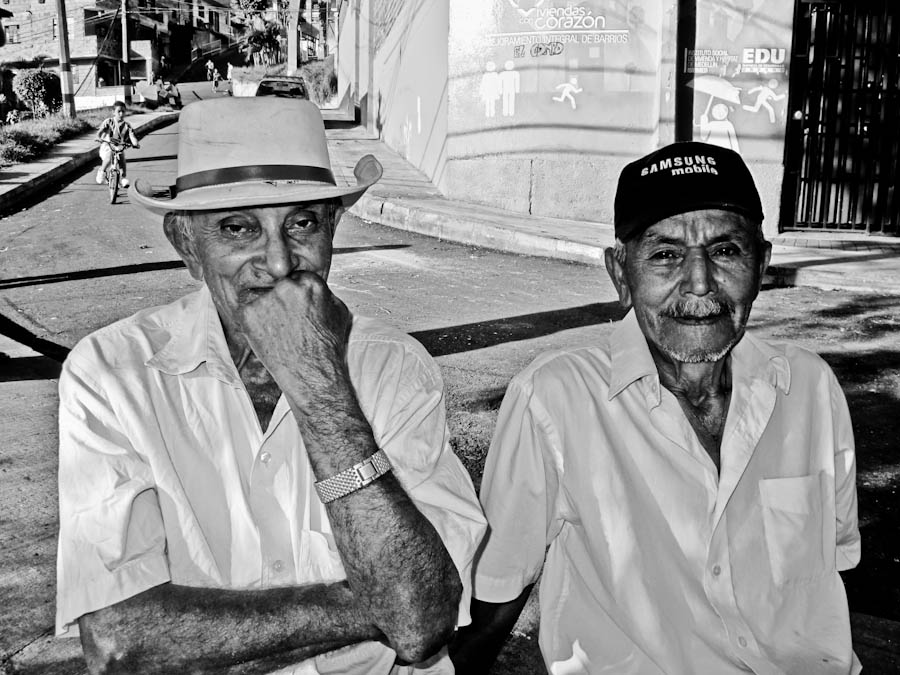 “Two old gentlemen I met with tons of character”

It’s funny to consider whether the drug kingpins held the same manners.

This alone says so much about the people of this country.  Any time I travel around the world I always try to find the people.

There are only so many tourist attractions one can see and yet there are an endless amount of unimaginable memories to be made with people.

But outside of that there are other reasons that I came back.  I have made my dreams come true of traveling around the world and having my complete freedom with day trading and investing. I follow the markets closely and realize there is great potential in emerging markets around the world.

I have been diligently looking for investment opportunities while I am on the ground traveling .

The people of Colombia made a decision a long time ago that they no longer want to live in strife and anguish and are ready to create wealth.

The new economic block called the Pacific Alliance aligns the economies of Peru, Chile, Colombia, and Mexico. This will eventually turn into an economic block similar to the Euro Zone that will rival the massive economy of Brazil. They have already begun to integrate their stock markets, sign free trade agreements, and combine their economies to create one cohesive unit.

The opportunities will continue to grow as the city attracts more and more people looking opportunity and happiness.

“My day trading office in Colombia. This was in the coffee region in Armenia”

Combining the vision of economic opportunity and my passion for helping others is what kept me in Medellin.  My plans are to open a day trading center and teach locals how to make money with my day trading strategy that I teach at The Day Trading Academy.

A university graduate makes an average of only $1000 a month after obtaining a degree.

This would allow locals to make in a day what they would be able to make the month. Without going into every detail I plan on financing their accounts so that they have the ability to make a living day trading.

It is an exceptional place to be for business. 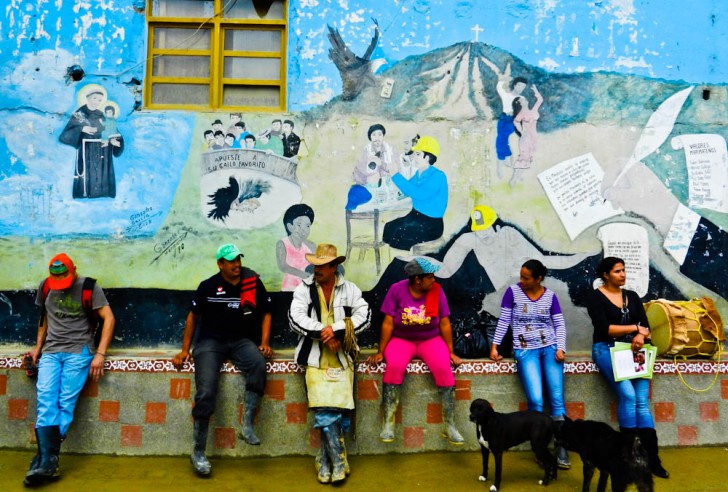 “One of my favorite pictures from Colombia”

I enjoy living in Medellin so much that the thought of diversity and variety completely slipped my mind. I realized the reason I fell in love with Toronto when I started my new nomadic lifestyle. It seemed as though Toronto has the entire world lining the streets.

One can find anything from Ethiopian to Guyanese, Asian to Italian, Brazilian to Colombian; anything can be found in Toronto.

What you will find in Medellin are lots of paisa and gringos to match.

This is what I realized after I arrived.  The lack of diversity can also be applied to paisa culture.

Everyone dresses the same, they listened to the same music, the same plastic surgery is performed, hardly anyone speaks English (not that they should but generally more diverse cultures do speak English). It is a city with a small-town personality. 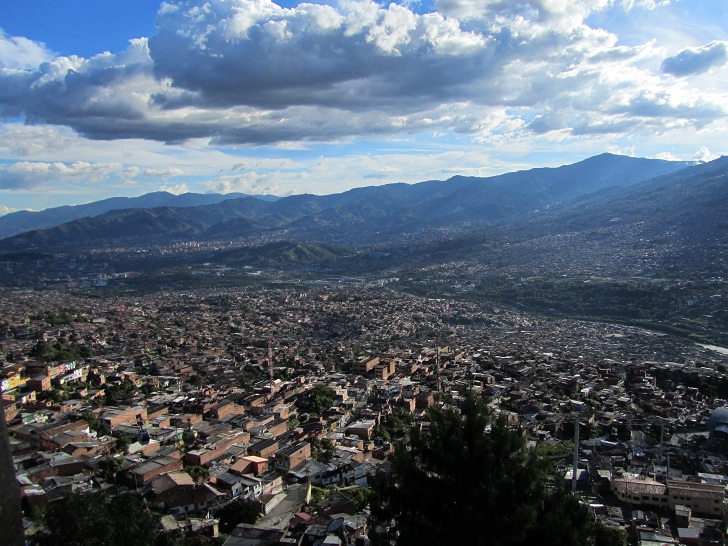 “Picture of the Medellin Valley”

People grow up when they get to university.

Having said that the lack of diversity is okay because paisa culture is so rich.  A lot can be said for a smile and good natured people.  As the city continues to grow diversity and variety will come. I was recently informed that I could find hookah (the shisha commonly smoked in the Middle East) in the city which I thought wasn’t available.

But not to fear they still have two for one sushi on Tuesday night with plenty of variety.

Prices are not as cheap as one would have you believe.  Record investment has flown into the city and tourists are flocking to one of the most beautiful places in the world. The grocery store prices a few years ago were already high and they have already increased since I have lived here in 2010.

Relative to the United States the prices are still comparatively inexpensive but that will change rapidly.

I’ve had dinner and lunch at many restaurants over the last 10 days and the prices are just a few dollars cheaper than equivalent restaurants in United States and Canada. Unless someone wants to live on rice and beans every single day that is information one should know.

One can find a bargain in any city but costs will continue to rise from here.

Colombia has now become the third most expensive country in South America after Chile and Brazil.  Getting in while the prices are still low is one of the reasons why I came back now. 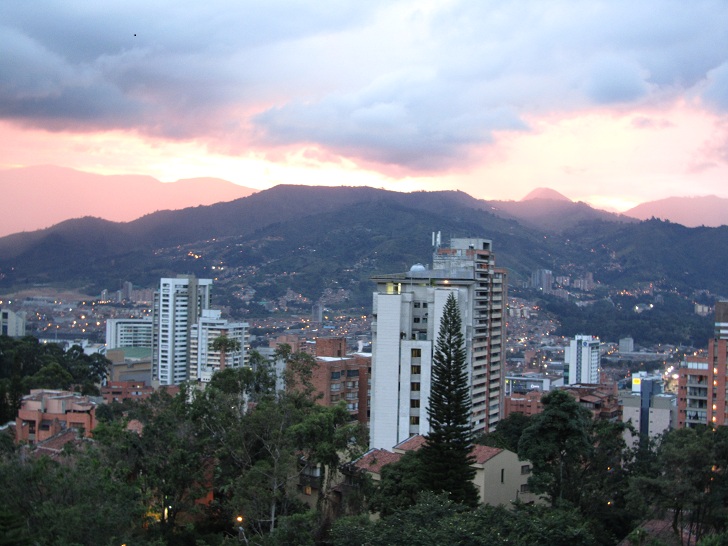 “View from my apartment in Medellin, Colombia”

I will be living in Medellin, Colombia, for the foreseeable future.

This does not mean that I won’t continue to travel but this is where I will call my home. I am in the process of purchasing a penthouse here in the city.  I look forward to sharing the details of that process for others that would like to do the same.

Until then, you can find me in Medellin PUEEEESSSSSSSSS.