I was living in Santaigo, Chile for roughly 3 months and had an incredible condo overlooking the city of Santiago and the mountains.  There was a list of “must do’s” on my bucket list and there are two things I was not able to do:

The Largest Pool In the World:

Located in the San Alfonso Mar Resort roughly 2 hours outside of Santiago.  Its just a pool right? But its a REALLY REALLY COOL POOL!

I have been fascinated by this place ever since I found out about it.  The history behind the island and the overall culture as well.

I haven’t planned out the exact time that I will be living in Medellin but it will most likely be about 3-5 months. 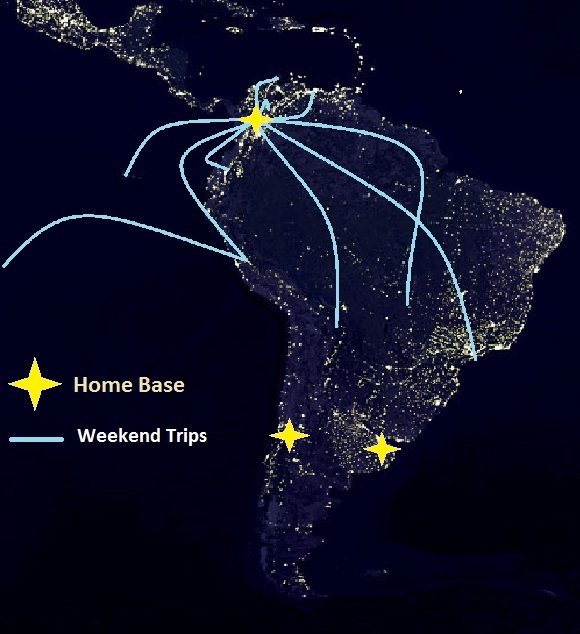 Colombia – Known for their beautiful women and their unique culture, Colombia is a Latin American country inspired by Europe.  I plan on perfecting my salsa moves and get to know a culture that I have always been fascinated with.

Easter Island & The World’s Largest Pool– Even though its going to be twice as expensive now, I still don’t think that I can miss Easter Island.

Peru–  I would be a real, lack of a better word, a** hole if I came to South America and didn’t see Machu Pichu.  Also want to get to Lima as well as Cusco.  Initially I was planning on living in Peru but I think that Colombia is more efficient and much more fun.

Bolivia– Salar de Uyuni is incredible, but there are other Bolivia attractions that are extremely popular including biking the death road and the city of La Paz.  Click here for some great pictures or google “walking on water in Bolivia”.

Brazil–  I attended Carnival (Carnaval) 2011 in Salvador, Brazil but I also intend to come back to Brazil to see everything it has to offer; Sao Paolo, Rio De Janeiro, and the Amazon are all on my list.

Venezuela & The Angel Falls–  This is one of the trips that I am detesting.  I was born in Venezuela and the last few times that I went back to see family IT WAS CHAOS.  Flights were delayed by over 3 hours and the crime has sky rocketed.  Its very dangerous to travel to Venezuela but I couldn’t leave South America without seeing the Angel Falls.

Suriname, Guyana, & French Guyana–  Majority of people completely miss out on these countries but I want to say that I have been to EVERY country in South America.

Itineraries Around the World: