The Samsung Galaxy vs the Iphone is something that I have been considering for the best phone to travel with.  I made a lot of changes for my travels in 2012 including taking less luggage, upgrading technology, and also upgrading the current luggage that I already have.

I’m down to just two bags whenever I travel around the world and live overseas in any specific country, one book bag and one duffel bag.

Since the release of the iPhone five, I have been at a loss in terms of what phone to get since I’m still using the dreaded and outdated blackberry. I will give you a moment to laugh out loud.

There has been new standard set in place and Blackberry has been on the losing end of that stick when it comes to mobile.

I did a lot of research especially with new technologies coming out like 4G would love to hear from both iPhone fanatics and Android users as to what they think is best. I know there are a lot of people out there that are still debating that very question and I’d love to hear from you as well. 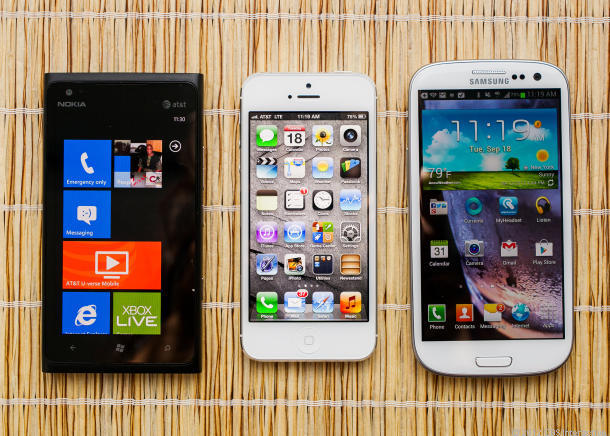 The Nokia, Iphone, & Samsung next to each other

The iPhone is to mobile what Microsoft Windows is to computers. Before Android, iPhone dominated the smart phone market by tearing apart companies like Blackberry and Nokia,  they both used to dominate their niches with Nokia being the once largest mobile phone company in the world.

The standard in the mobile platform is, or was, the iPhone.

With all the rumors of the iPhone 5  coming out I decided to wait until the release to see what was new and improved. I wasn’t impressed by a thinner and faster phone because that happens every year with any technology, I was waiting to see whether Apple would come out with the next revolutionary technology like they did with the iPod, iPhone, and iPad.

Apple decided to drop the Google maps due to their fight with Google’s Android platform that is taking over the majority of the market.  Frankly, I don’t blame them, the new maps are horrible but I’m sure they will get that issue resolved shortly.

What I find is that even though the new iphone is thinner and faster, everything available on the iPhone 5  is available on any other smart phone, specifically the Samsung Galaxy series from Android.  There is nothing overly new and there are features that the Android has that are actually better than the iPhone 5. 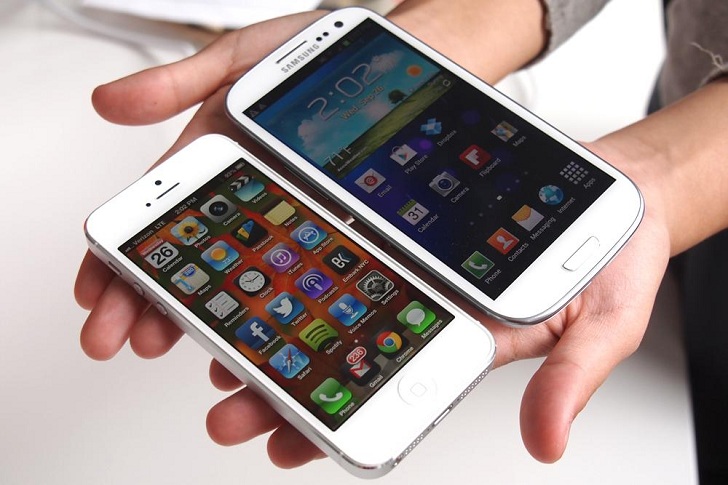 The Samsung & Iphone Next To Each Other

When I visited Easter island I was able to get my hands on both and iPad and a Samsung S3 Galaxy S3.  I was amazed at how both of them took incredible pictures and the gentleman taking pictures with the iPad said that the pixel resolution is so high on the iPad that humans can’t even appreciate all of it.

I have seen an iPhone, taken pictures with it, but the pictures taken on the Samsung galaxy S3 were more impressive than the pictures that I saw on the massive iPad screen. I was just blown away.

Now that Android controls the majority of market share for smart phone tablets, there app store is growing and eventually will eclipse Apple’s.

The only thing that concerns me about the Samsung galaxy S3 is that they don’t test apps before they release them, it’s like owning a computer and having computer virus problems all over again.  Another few advantages is the massive screen that Samsung offers, it’s quite a bit larger than the iPhone 5.

I’m ashamed to say that I actually still own and use a Blackberry but it worked just fine as I was traveling around the world. Blackberries new torch with a touch screen was excellent but I’m afraid they’ve fallen behind the pack when it comes to available apps and new technology. 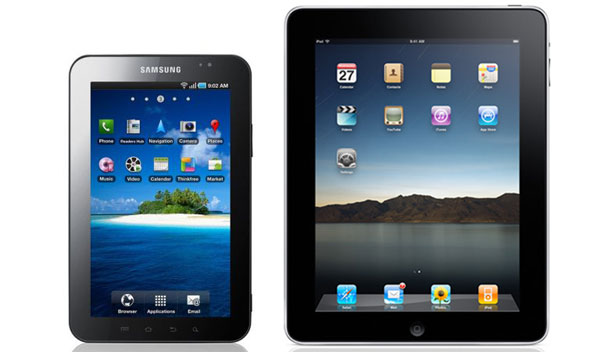 The Ipad next to the Samsung Galaxy Tablet

I personally don’t like Microsoft because of how they do business.  With Nokia using the windows mobile platform, Microsoft thought they would immediately become competitors in the industry. That idea failed and now they’ve decided to come out with their own phone and tablet to compete in the market.

The BlackBerry did help me with having lower Internet costs when I was on my cruise to Antarctica because it doesn’t use as much bandwidth when surfing the internet but is still time to upgrade.  It seems only Europeans use Nokia phones now and Microsoft Windows is just a failing bet.

Since I do plan on releasing apps via for WanderingTrader the Apple platform, Android platform, and even the Kindle, I considered getting one device from each platform so I could use each. Since I’m not impressed with the iPhone 5 what I’m thinking about doing is buying the Samsung Galaxy S3 and then buying an iPad for tablet.

I know a lot of you have probably been through the same decision-making process so if you have any tips or any advice on hesitate to leave a comment, contact me, or let me know how you feel via Facebook or twitter.