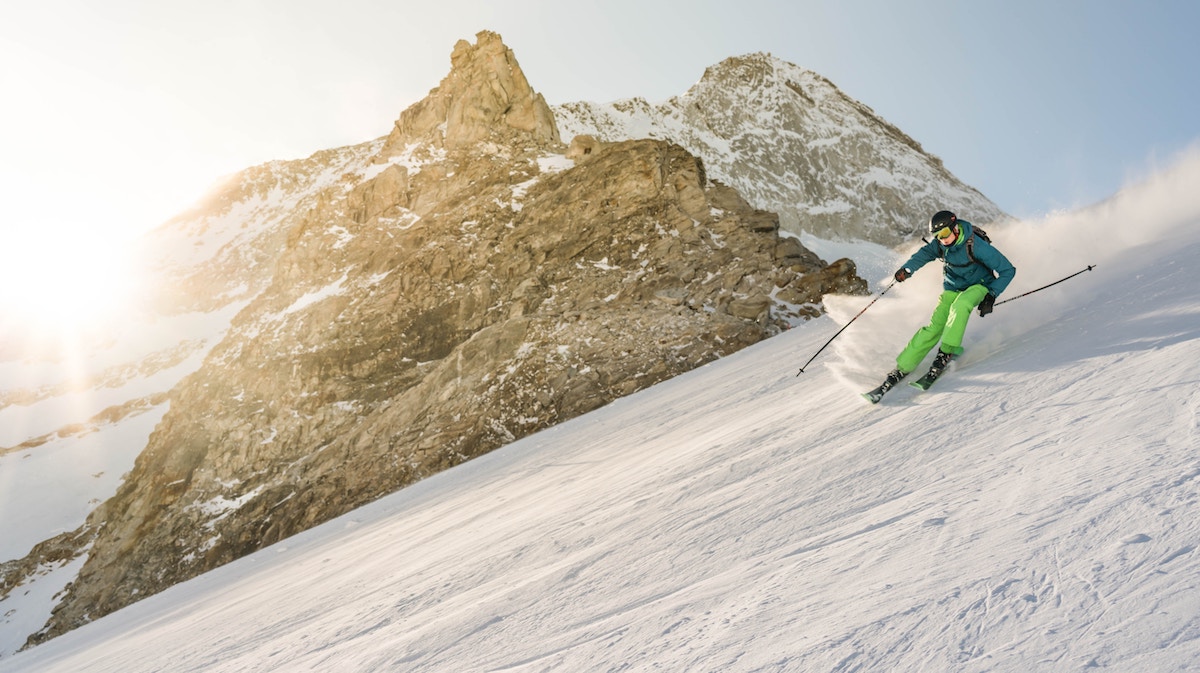 Switzerland has a well-deserved reputation for being one of the best places to ski in the world. The Alpine ski resorts in Switzerland are the epitome of glamour and sophistication, popular with A-listers and mere mortals alike. The good news is that you don’t need to be a billionaire to ski in St. Moritz and snowboarding in Wengen won’t break the bank.

The Swiss Alps ski resorts and slopes are suitable for everyone. There are ski runs to suit all abilities, from beginners and little kids to experienced professionals. What makes the Swiss Alps such a draw for snow enthusiasts is that the scenery is always spectacular and there is a great range of ski resorts. In this guide, we are going to cover all the basics, so you have a good idea of what to expect when you book your Swiss cabin in the mountains.

Best Time to Ski in the Swiss Alps

The ski season runs from December through to March. There can be snow outside of these months, but the winter high season is during this period. This is when the weather in the Swiss Alps is cold and days are relatively short. Some resorts open their slopes in November if the snow arrives early, but don’t make firm plans on this basis. The main snowfall begins in mid to late December, although it’s getting later each season. Expect the biggest snowfall to occur in January/February. This is when snow is virtually guaranteed above 1,500 meters. Most Alpine ski resorts stay open until late April. The snow will begin to diminish from March onwards, but there will still be a decent blanket of snow at higher altitudes well into April.

There are many ski resorts to choose from in the Swiss Alps, but the following are among the most popular and best-known.

Accommodation costs vary greatly in the many ski resorts. In general, if a resort is popular with celebs, expect prices to be correspondingly high. However, there are always budget accommodations available in every resort, from affordable B&Bs to hostels. If you prefer something a bit more luxurious, book chalets, cabins, and lodges, or look for deals in the many Alpine hotels in the bigger ski resorts.

Skiing is hard on the body if you only ski once a year, but no matter how exhausted you are, it’s important to make time for a few après ski activities. Many people head to the bars for drinks once the sun sets, but you can also book husky rides, ice diving, and Nordic night skiing. Other activities worth checking out include fondue evenings, ice karting, and luge rides. You can also go for a scenic walk or build an igloo!

Skiing for the Whole Family

Skiing in the Swiss Alps is very much a family-friendly activity. Kids can learn to ski from a very young age and there are ski schools available for little kids through to teenagers. As long as your children are dressed in suitable attire, they won’t get cold. And if your kids are a bit too young to go to ski school, they can still have fun playing in the snow parks, tobogganing, and enjoying the local leisure facilities.

Check out the many different resorts before you book a ski break. Some offer great value for money whereas others are better for families. Talk to other skiers on forums and get the low-down so you know what to expect.