Last year I was fortunate enough to put a great big tick next to a long–term bucket list item and visit the historical city of Jerusalem. I had wanted to visit the city for as long as I can remember but as with many things in life, finding the time and money to get there wasn’t always easy. Jerusalem’s place in history was what attracted me there, the birthplace of religions, the stomping ground of ancient scholars and its vast collection of sacred buildings and artifacts were simply too much to turn down. I wanted to share my experience a little and let you know the top 5 things to do in the holy city.

First thing’s first, there is so much to do here that you must stay in a centrally based hotel in order to make getting around easier and cramming as much in to your stay here. I stayed at the magnificent Hotel Jerusalem– the King David, Pretty much a landmark in itself. 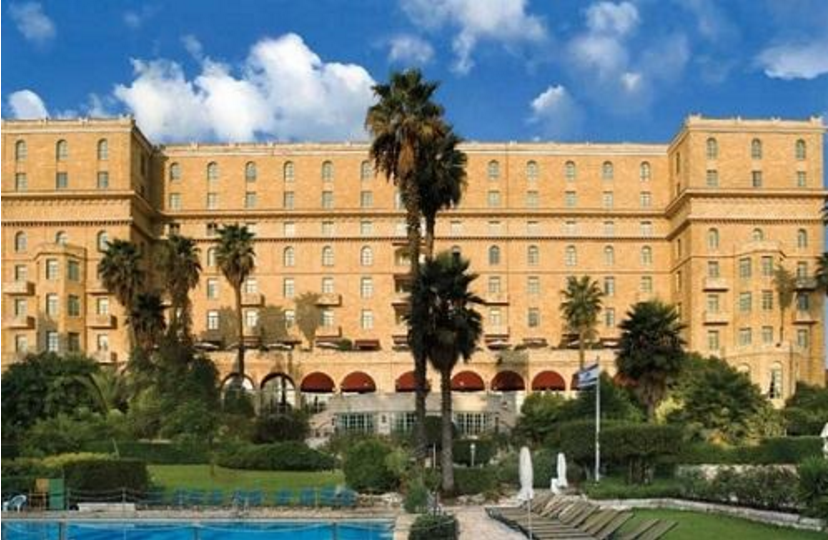 The hotel not only gave me the sort of Middle–Eastern luxury that I was after but also has impeccable views of the city and is situated close to most major attractions, and that central location is just what you will need on your trip to Jerusalem. Let’s take a look then at the top 5 sights that you should be heading to.

The excavated City of David was the heart of the ancient city of Jerusalem, it is now an archaeological site and should be the first place that you visit on a trip here. This is one of Jerusalem’s most extensively excavated sites and around every corner of the city you will find something new and more exciting to discover. Don’t miss out Hezekiah’s Tunnel, a 500 meter passage running below the city.

On the outskirts of the Temple Mount is the outer wall or the Western Wall which was built under the reign of King Herod. The wall has long been a holy site for those who have made the pilgrimage to Jerusalem and for Jews, it is considered the holiest place to pray such is its proximity to Temple Mount. The Western Wall is actually a segment of a larger retaining wall and of the four that surround the temple, the west is closest to the former temple.

For a further understanding of the archaeology of Jerusalem and of the people who are discussed throughout the Bible, head to the Bible Lands Museum. This museum has a vast array of artifacts from scriptures, carvings, coins, weapons and pottery that has been obtained from private collectors around the World. Expect to spend at least half a day in this incredible museum.

You can stand in the footsteps of Jesus Christ in the location where he walked with the cross up to his crucifixion site. The walk begins in the Muslim Quarter at Lion’s Gate and culminates at the Church of the Holy Sepulchre. Along the route you will pass the 14 Stations of the Cross and join hundreds of religious pilgrims as they mark the route where Jesus died, was buried and rose again.

Israel offers some of the greatest outdoor markets in the World and Mahane Yehuda is the largest in Jerusalem. This bustling market offers just about anything that you imagine, from fresh foods to trinkets, antiques, religious idols, handmade crafts, clothing and just about everything in between. To watch the heartbeat of this ancient city then head down with the locals to this huge ‘shuk’ and test out your negotiating skills.