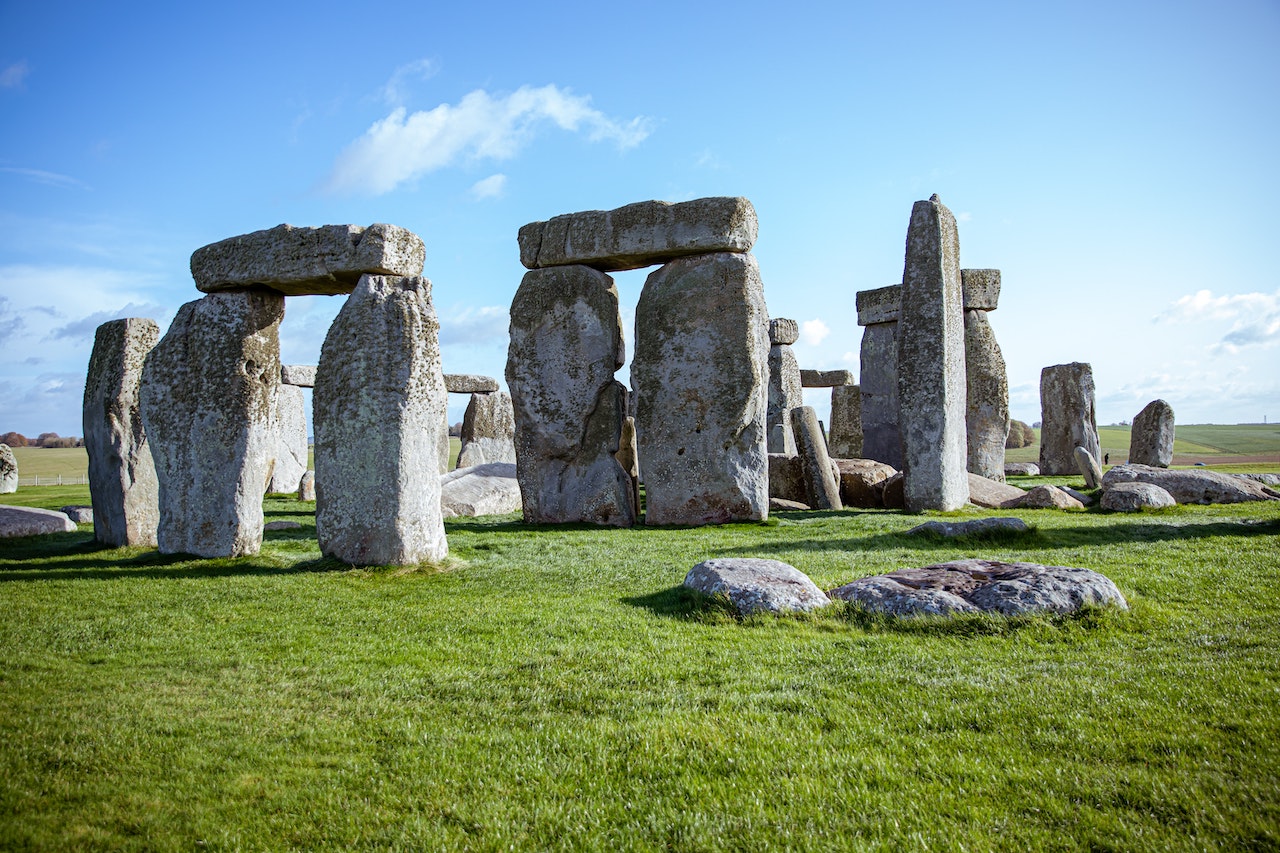 One of the most famous prehistoric monuments in the world, Stonehenge attracts thousands of visitors every year. It’s thought to be at least five thousand years old, dating all the way back to before 2500BC. Little is known for certain about the giant megalith at Salisbury Plain, but we do know that construction took place in several stages. The first monument was built around five thousand years ago, and the famous stone circle that everybody recognises as Stonehenge is thought to have come later, during the late Neolithic period.

There have been many structures found in the area around the monument that are thought to be from before it was built, including several pits, which are assumed to have been for the purpose of holding large posts erected between 8500 and 7000 BC, during the Mesolithic period. It is not known if or how these posts were related to the later Stonehenge monument itself.

During the time of its building, the chalk downlands would have been an unusually open area when much of the south of England was covered in dense woodlands. This could have been the reason why Salisbury Plain was chosen as the site of the early Neolithic monument complex. Other monuments in the area date from around 3500BC, which may have had some influence on the location.

The Types of Stone:

The stones themselves are, of course, the highlight of any Stonehenge tour and the ones in the centre of the monument are thought to have been set up in around 2500BC. There are two types of stone used to build the monument; the smaller bluestones, and the larger, instantly recognisable stones making up the outer circle, which are a type of stone known as sarsen. The sarsens were set up in an inner horseshoe and outer circle arrangement, while the bluestones were erected in between them, forming a double arc.

The sarsens located close to the entrance are thought to have been raised at around the same time as the stones that were set up in the centre of the megalith, along with the four Station Stones around the periphery. A few hundred years later, the central bluestones were moved, this time forming a circle and inner oval. Later on, they were altered another time, to form a horseshoe. During this time, the earthwork avenue connecting the megalith with the River Avon was constructed.

History at the time:

The now world-famous stone settings at the monument were built during a time of significant change during prehistory. At the time, there was a transition occurring with new methods of burying individuals arriving from the continent, with new styles of pottery and increased knowledge of metalworking. Well-furnished graves like the Amesbury Archer’s grave have been found close to Stonehenge.

And, during the early Bronze Age, the area around Stonehenge was home to one of Britain’s greatest round barrow concentrations at the time. Many barrow groups were purposely located on the hilltops visible from the monument, including those located on King Barrow Ridge, and the Normanton Down cemetery, where some particularly rich historic burials were discovered.

After the middle Bronze Age, the human focus shifted further to tower activities such as the creation of fields, and away from constructing ceremonial monuments like Stonehenge. During the Iron Age – around 700BC – a large hillfort known as Vespasian’s Camp was constructed just over a mile east of the monument, overlooking the River Avon.

Many Roman objects have been found in the area around the megalith, which has led to theories of the Romans building Stonehenge. However, it’s more likely that it was visited frequently during the Roman period from AD 43.