Traveling around the world for the last few years I had a certain approach of how I wanted to travel.  It was a position against traveling to Europe on the sole premise that “everyone does it.”  I didn’t want to travel to popular countries and tourist attractions and instead chose to take the road less traveled.  I lived in Eastern Africa and visited places like Somalia & South Sudan, visited the Guiana’s in Northern South America, and found some splendors touring throughout the entire northern coast of Brazil (think the Brazil Maldives).

They were all interesting in their own right but there is a reason why Europe is the most visited place in the world.

There is a reason why “everyone wants to do it.”

I wanted to explore and discover world’s highlights that people may have never heard of. Places that even my travel blogger friends may not have known of. I even had harsh feelings for the United States since that is where I grew up the majority of my childhood.

My attitude of both Europe and United States changed once I arrived from living in India. Living conditions in India are so drastic that I would consider it 4th world.  Once in New York City there was a blizzard on the horizon and having acclimated to life in India I told a friend we better prepare with snacks and food just in case it gets very bad.

This was the blizzard in early 2013 and it was supposed to be one of the worst in ages.

My friend turned and laughed and said “this is New York City they deliver in blizzards.”  I also laughed because I realized that I was too accustomed to living in India.

This made me realize that although I may not appreciate the United States as much as I should there is something special about every country in the world. At that moment my attitude changed towards the United States.

My outlook on Europe also changed when I arrived in early this year.  I was able to tour through Belgium, London, Berlin, and of course, Barcelona.

I decided to stay for roughly a month to catch up on some work and didn’t have the best experience in the city.

In the city’s defense I wasn’t in tourist mode and instead was focused on completing some projects I have for my day trading business. It was at this point that we had a high level of day traders quitting their jobs and becoming profitable with the Congressive Trading Strategy I teach at the Day Trading Academy.

I didn’t have the best experiences with cuisine, I often didn’t enjoy conversations with people, but I did love the history and architecture.

I felt discriminated against and as though I was on the bottom of the food chain.

Many people around the world have pride in their citizenship.  This is even more true in the Catalonian region of Spain where Barcelona lies. There is even a law that states all signs have to be in Catalonian instead of Spanish.  They want to preserve their history and consider themselves to be Catalonian and not Spanish. 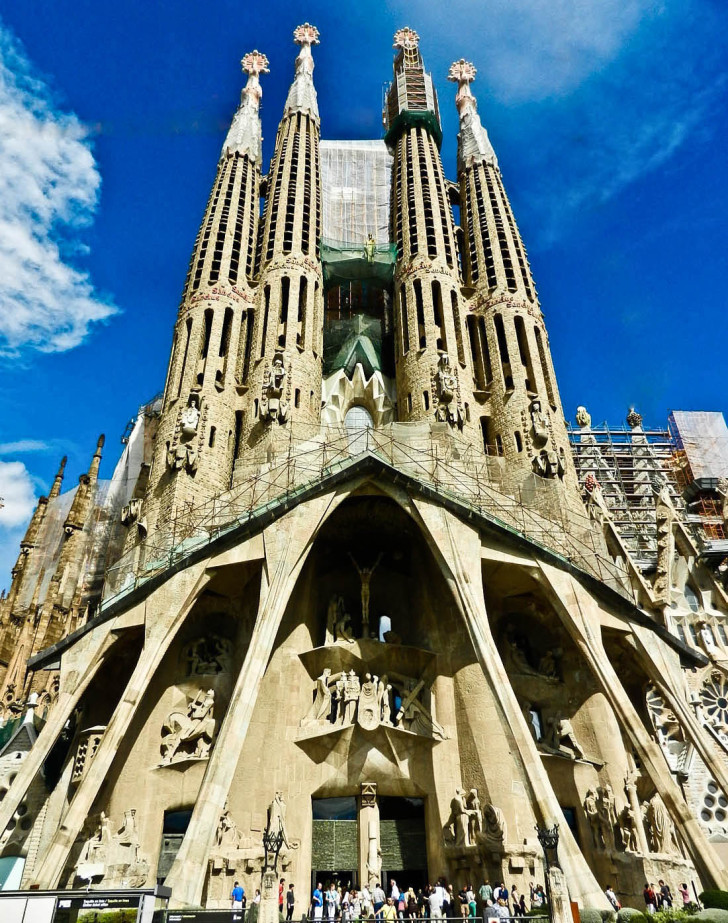 “The famous Sagrada Familia church by Gaudi in Barcelona”

People on the island of Sicily consider themselves Sicilians and not Italian and even Texas in the United States are a special breed of Americans.

There are always these special regions in the world.

I explain this because of the way I was treated. While the Spanish are known to be more open they still consider themselves higher in the food chain. This is especially the case when compared to Latin Americans from Central and South America.

Although I am half Spanish and half Italian my Spanish dialect is from South America.

Just as Americans look down on Mexicans for coming to their country and doing dirty jobs the Spanish do the same to Latin Americans.  The situation has grown a more dire as the Spanish consider many foreigners to be stealing their jobs away from them. There is quite a bit of irony here as the Spanish once looked down on Moroccans as well. The Spanish are actually fleeing Spain in search of jobs in Morocco.

Latin Americans have been arriving at the shores of the Spanish (among other countries) to look for opportunity or decades.

The amount of money one could earn cleaning toilets in a city like Barcelona is still 10 times the amount someone could earn in their home countries.  This includes high paying jobs such as lawyers or doctors in South America. 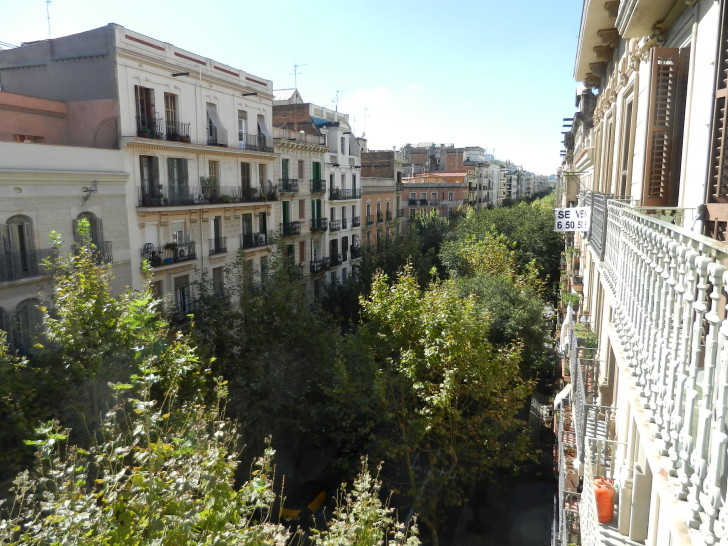 “The view I had from my apt in Spain”

This creates a negative perception of the people exactly like the observations that most Americans have Mexicans.

This is precisely the reason why the Spanish look down on people that come from Latin America. Most of the time they are doing all of the dirty work.

When you interact with someone if you don’t have a proper Spanish accent this is normally the attitude that arises. Many tourists may not have experienced the same behavior as they come from countries of higher class.  In other words, Americans don’t go to Spain to clean toilets and sidewalks.

Another item I wasn’t particularly impressed with was the food in Barcelona. When I speak to many people about my dislike for the cuisine in the popular city many think I’m crazy. Outside of paella, sangria, and good fish, the only thing remaining are greasy meats and breads.

For the better part of the month I was in Barcelona I was eating international cuisine such as Starbucks and sushi.  That is one of the great things about Barcelona is that it is such an international city.

I have been officially invited to explore the wonders of the Catalonian region by the Catalonian tourism board in Spain.  I definitely look forward to giving the city a second chance as I think it does deserve a closer inspection. Very excited to be able to get outside the city of Barcelona and visit The Pyrenees as well as the other unique destinations in the region.

Update: Heading back to Barcelona and even Portugal this summer and booked an apartment with OK Apartment Barcelona. Going to spend about a week or more in the city so will be great to experience it again!