The first time I experienced Brazil was during the Carnival in Salvador.

It is one of those countries that remain in your heart forever.

The vastness of the country.

And the endless corruption and bureaucracy.  Sorry I meant charm.

Many people think that Brazil is just big butts, bikinis, and an endless beach that wraps around the whole country. They also have oil. It is one of the those countries that you will never forget; the parties are different, the people are unlike any you will meet, and due to the gigantic size of the country you can find almost everything. 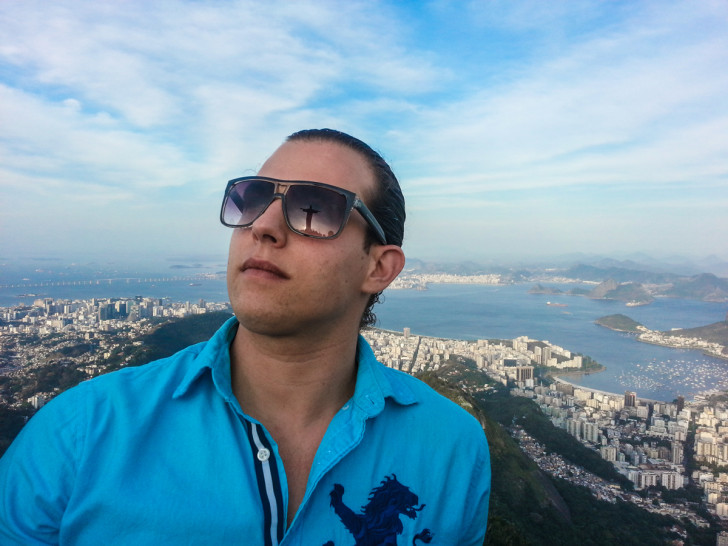 Visiting the Christ The Redeemer Statue

Truth is Brazil is a country with an infinite amount of subcultures.

The Northeast has a larger African influence while the South is more European. Rio de Janeiro has become the melting pot where people from all over Brazil (and the world) come to find a bit of everything. The city was once the capital of Brazil and now it remains the heart of the Portuguese descendants.

This trip was a little bit different.

For those of you that are new to the site you may not know that I day trade in the stock market for a living. That is how I fund my travels around the world.

Over the last few years we have been able to train many people that we call Master Traders.

These are traders that are now making a living with the strategy that we teach at our sister site: http//thedaytradingacademy.com. Many of these traders I now consider to be close friends and family.

It was time that we took a vacation together.

For our new day trading center in Brazil.

It was great to be able to put on my WanderingTrader hat back on and be the tour guide for a change. 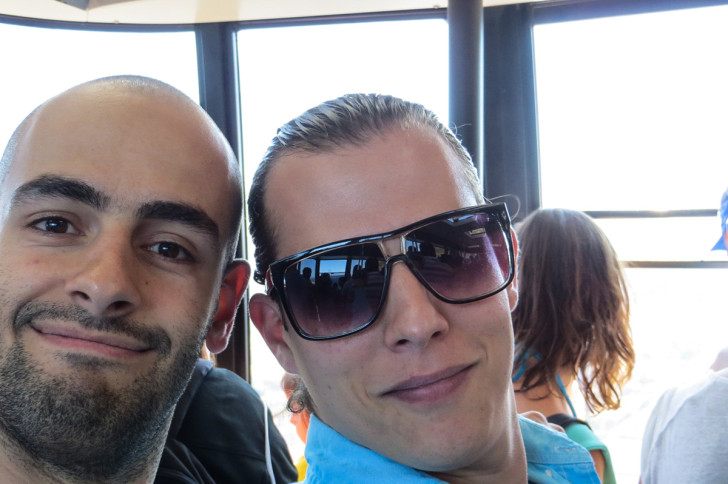 We did what any other trader would do and rented an absolutely incredible penthouse overlooking all of Copacabana.

It had indescribable views off the beach and we got together to relax, enjoy the view, and of course, trade and make some money.

They fell in love with various parts of Brazil. Nikolai, above, couldn’t get enough Acai. It can described as a yogurt smoothie that one eats with a spoon. They take the Acai fruit, pulverize it, mix it with ice, and voilah! Healthy ice cream.

At least that is how Nikolai described it.

Manny fell in love with the food as well. Brazilian hamburgers and the appetizing Brigadeiro. A ball of chocolate filled with sweetened condensed milk and caramel wrapped in chocolate sprinkles.

Just imagine that for a moment. 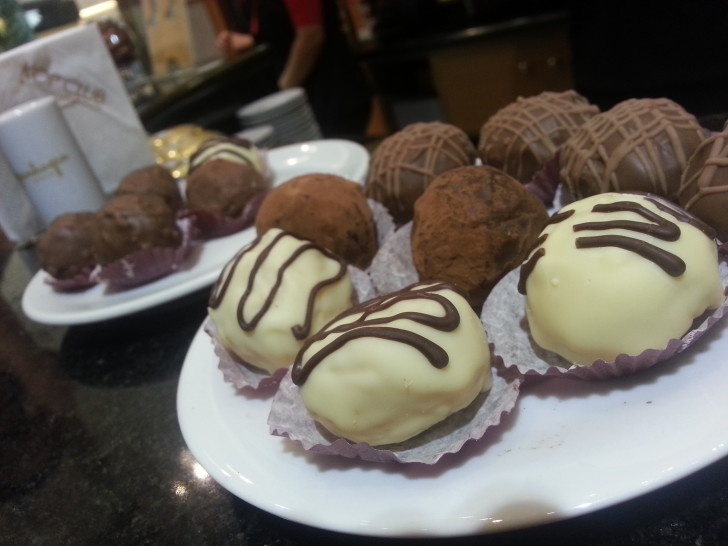 The views were impeccable from above.

We were stationed right on the corner of where Copacabana and Ipanema beach collide. In the mornings we were able to witness the sunrises and in the evenings the sunsets with 360 degree views.

One of the best parts of the trip is during October Brazil changes their time zone (similar to day light savings in the USA). We were able to snooze and enjoy the view until roughly 11am to start watching the markets.

We also met up with our Brazilian Master Trader, Guillherme.  He is the one that is going to help in opening our day trading center in Brazil.

Before visiting Rio de Janeiro we stopped in the South to meet up with Giga and bring him with us to Rio.

The city of Porto Alegre in the South is completely different than the rest of the country. The culture is more similar to Uruguay and Argentina than to the rest of Brazil. I was amazed how all of the houses have their own grill room. Very similar to how houses in Florida have an extra living room called the Florida Room. Or in the Northern states how most houses have cellars.

While Rio was the end of our trip I highly doubt that we will stop traveling.

Manny is able to travel with his entire family now. Nikolai has also become the 2nd WanderingTrader!  As I speak Guillherme is in the Galapagos Islands almost getting eaten by Sea Lions.

The best part of it all is that we are continuing to help people by teaching them how to trade and become financially independent.

That at the end of the day is what makes it all worth it.