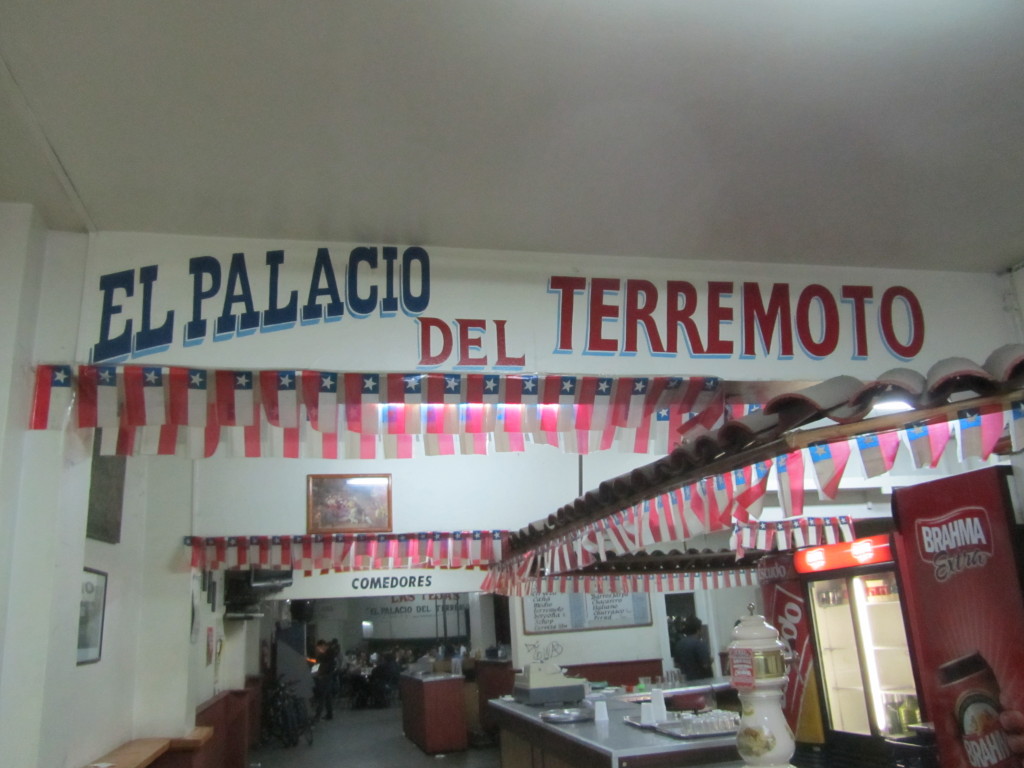 The beg of the Earthquake Palace

Part 2 of my night out with Chileans involved Chilean Food.  I have yet  to taste any Chilean food out in the countryside but I can tell you that the rise of the American culture has certainly influenced the country.  Much of the world is in a love and hate relationship with American culture, they hate rap but they love Eminem, they hate getting fat but love Mcdonald’s, etc.  As with most countries, Mcdonald’s is always packed far more than any restaurants on the street.  I promptly asked what is the most Chilean thing on the menu and they replied “Chorrillana”.  This concoction is very similar to Poutine from Canada, a heart attack on a plate. 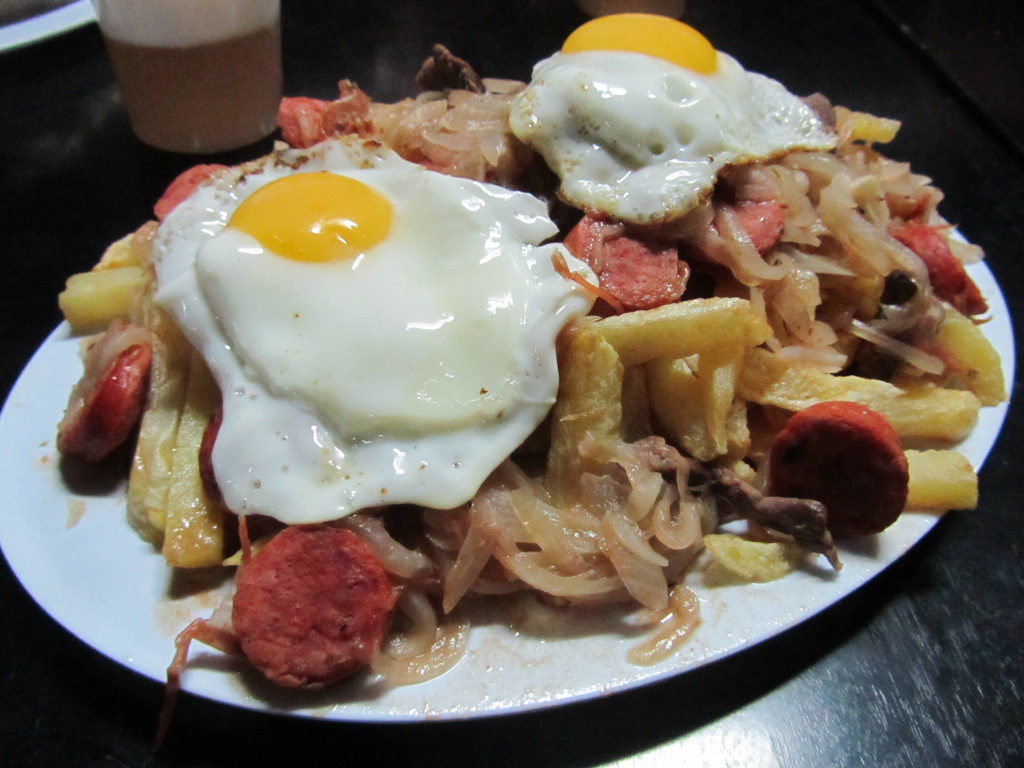 A close up of Chorrillana

I introduce you ladies and gentlemen to heart attack on a plate, Chorrillana, directly from the streets of Chile.  Not only will this plate satisfy your salivary glands it will also satisfy your need for coronary heart disease; chorizo (sausage), french fries, onions, and fried eggs.  While it does sound like a new heart attack menu at Mcdonald’s, it does please your appetite.  This to me explains how American culture has spread throughout the world.  While hamburgers and hot dogs are from Germany and french fries are from France (its a joke), no one combines them better than Americans.

"Tobaco leaves you impotent, for you and your partner STOP SMOKING"

I have reported in the past that if you live in South America or visit for an extended period of time you will get lung cancer.  Everyone smokes in South America even in the most developed country, Chile.  As the most western countries are getting more strict on no smoking laws 2nd and 3rd world countries are smoking even more.  Spain has just passed the toughest no smoking laws in all of Europe (click here to see article).

The gentlemen sitting next to me was a smoker and we had a chat about his interesting box of cigarettes.  He of course didn’t know that cigarettes could hinder your sexual performance, this was the first time I have seen it posted on a box of cigarettes.   The second picture below is absolutely hysterical.

Social dynamics in Chile are a bit different than in the states.  While I have only been out once so far to a typical Chilean night out,  they are much more friendly with each other than in other western cultures.  They relish in each others joy and jump in someone’s anguish.  Anguish being when a person tires to go home early. 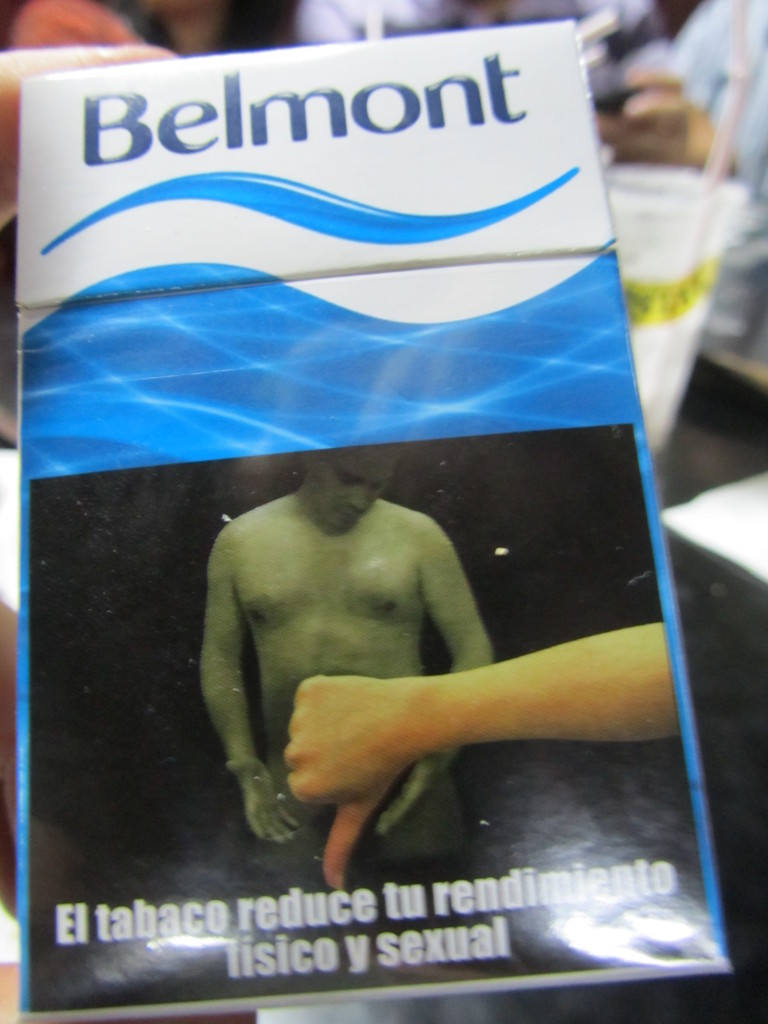 In terms of music Chileans listen to a lot of American music just like the rest of the world.  Depending on where you are in the country, Reggaeton (popularized by Puerto Rican Americans) and pop (both english and spanish pop) are very popular.  Just like in any big city they have a little bit of everything but this is the most common types of music I have heard.