Visiting Bogotá has always caused mixed feelings.  The city is the capital of Colombia and the only real large cosmopolitan center in the country with just over 7 million inhabitants. The next largest city is Medellin with roughly 3 million people (Medellin is a city with a small town attitude).  Bogota is the only city in Colombia that can offer everything in terms of variety and convenience. It also happens to be the financial and political capital of the country, which brings Colombians young and old for opportunity and resolve.

The first time I visited Bogotá I was far from impressed as the city seemed as though it was in a constant state of flux and there was construction everywhere. It was dirty, messy, and it just didn’t feel like a place I wanted to be.

I was continuously warned about the dangers of the city and I arrived with a chip on my shoulder.  I always try to have an open mind but it’s hard to stay impartial when so many people are declaring the same thing.

It could be my experience of living in third world countries for over 10 years but I have always taken the opinions of others with a grain of salt when it comes to safety.  After walking around the city and interacting with locals the Wandering Trader is on record stating that Bogota is one of the most dangerous cities in Colombia. 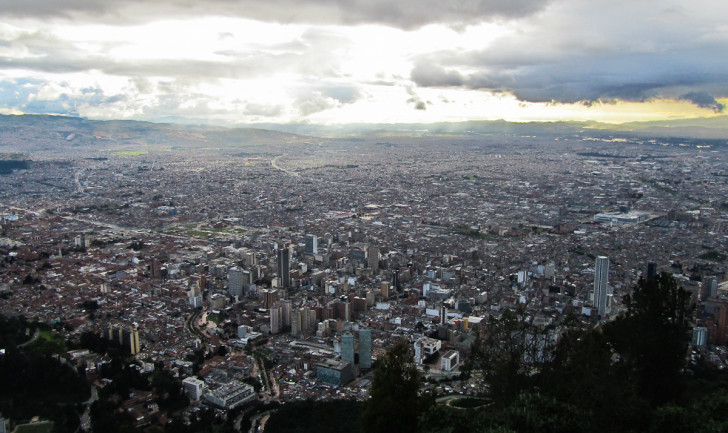 “View from Monserrate in Bogota”

This is partly because of the normal dangers associated with a large city combined with the logistics of getting around as well. More on those situations below.

Upon my second visit to Bogotá my feelings changed.

It definitely wasn’t love at first or second site but Bogota began to sweet talk me into her arms.  I was able to spend more time experiencing the city’s attractions and I began to have an affinity for the city.  A small affinity.   Perhaps I stayed in a better part of town or maybe it was because I connected better with the community.

The conclusion was drawn that I was too quick to judge and needed to explore the capitol more.

I was there on a Sunday and was able to experience the city’s endless amount of museums and also interact with more of the locals. Bogota has a weekly event called the Ciclovia where many of the streets are shut down for cyclists.

It’s a great way to really experience the city.

Whit it was still chaoticit came to light that there are great things to do in the city and it does have a certain beauty to it. And no that is not physical beauty. 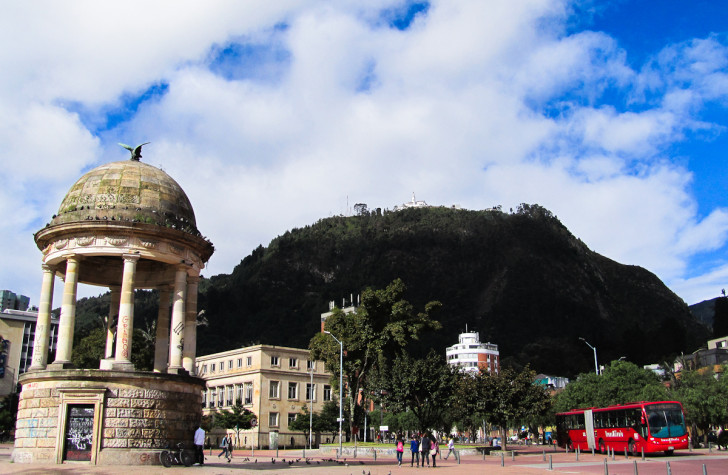 “A different angle of Monserrate in Bogota”

I have just returned from a third visit to Bogotá and I still have mixed feelings.

The assessment of the city may be unjust but I believe I have finally figured it out. As I am always transparent and candid about places I visit, Bogotá, for lack of a better description is run down and neglected.

The city is filthy, everything is normally half done or incomplete, there are potholes everywhere, and traffic is as bad as any other capital of the world.  The people of Bogotá aren’t as friendly as other places I have experienced in Latin America either.

High in the mountains the cool rainy weather is subpar to what people normally prefer, sun and palm trees. I however love the weather in Bogota.

Upon my third visit to Bogota over the weekend I stayed in a better part of the city.  The northern part of Bogotá is much safer and also much nicer than South.  Staying in the north does pose a significant challenge as the endless and blasphemous journey in traffic to some of the popular tourist attractions is unexplainable.

At one point it took us over an hour just to arrive at the popular historical La Candelaria district.

The North is much safer but at the same time there is still a higher level of inconvenience because of the travel times and the chaotic traffic. 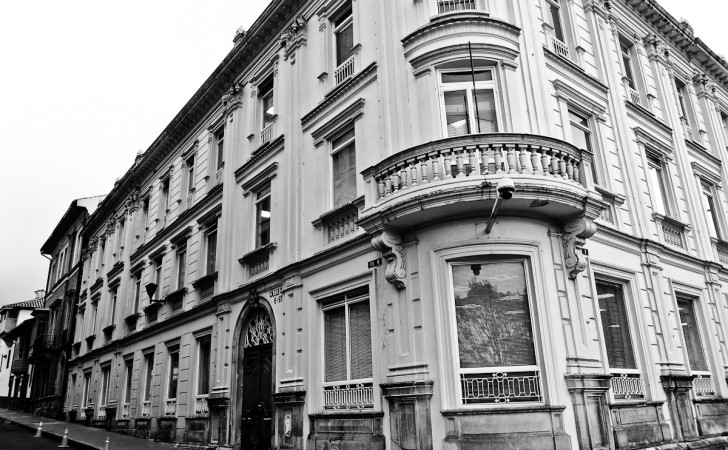 The taxi situation in Bogotá is almost as disrespectful as selling ice to an Eskimo.  Most taxi drivers will ask you where you are going before allowing you to enter the taxi. They have the all too common practice of driving away the moment you share the location. The taxi drivers just look at you, mumble, and drive off.

Many times taxi drivers will just drive right past you when no one is in the car.

Upon interacting with many taxi drivers some have told me it is because it is dangerous to stop and pick people up.  It is not uncommon to find taxi drivers who have extra mirrors to watch rear passenger windows on the off chance “something may happen.”  One day I walked around aimlessly for nearly an hour searching for a hotel that could call a taxi.

Most visitors are only going to stay in Bogotá for a few days, or possibly a week maximum, and that is where the problem lies. It isn’t that Bogota is that dangerous it is that it’s so inconvenient and complicated that tourists can get in trouble much easier.

Because Bogota is so complex a few days isn’t enough time to find out how the city works.

If you have read this far one should know that the city isn’t that bad once we peel the outer cover; Bogota has a buzzing arts and culture scene, masterful cuisine (four restaurants are considered the top 50 in the world), enough class to shake a stick at London, and enough outdoor activities in a short drive to make an adventure junkie go back to rehab.

Most people are not going to experience the city properly because they simply aren’t there long enough.

I would dare to say that one would need to live in Bogotá for a minimum of 1 to 2 months in order to really experience the city properly. 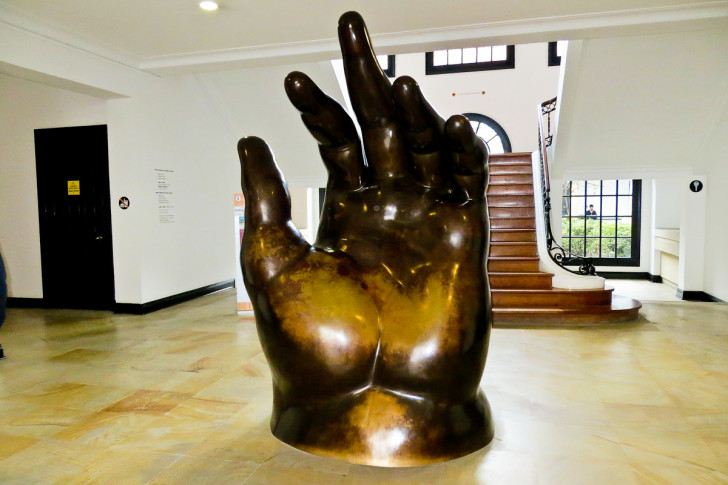 “Botero Sculpture at the Botero Museum in Bogota”

Bogotá, unfortunately, is the only large metropolitan city in Colombia as stated earlier and this comes with both its positives and negatives.  Bogota also has the ill-fated circumstance of competing with another unique city, Medellin, Colombia.

It’s hard to say nice things about visiting Bogota when Medellin is slowly rising to become one of the most unique cities to experience not only in Latin America but in the world.

My disdain for the city of Bogotá has to do with my passion for Medellin. The people aren’t as nice in Bogotá because I am used to the graciousness and kindness of the people in Medellin. Bogotá is filthy in comparison because the city of Medellin is one of the cleanest, if not the cleanest, cities in all of Latin America.  The weather is colder and more rainy in Bogota because it sits at a higher elevation than Medellin.

It is ironic because the people from both cities have a furious rivalry and are known to not enjoy each other’s company. While I visited Bogotá to make the initial groundwork to open a day trading center I will not be living in Bogotá any time soon as I now call Medellin my home.

When you visit Bogotá I would encourage you to keep an open mind and try to experience the city for what it is:

A disorganized corrupt city that is meant to be explored on the inside, not on the outside.

Bogotá deserves justice but I’m afraid we just don’t have time for everything.