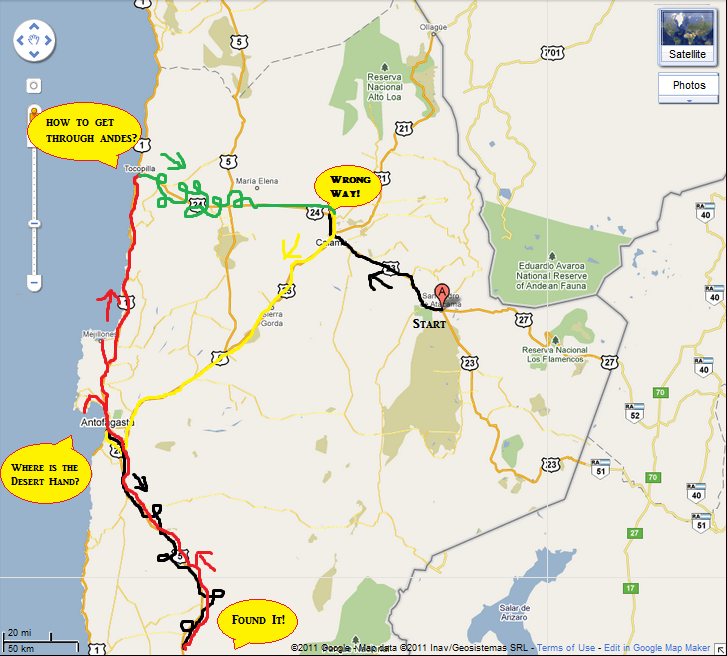 I decided to spend roughly 5 days in the Atacama Desert to see all of the region. I honestly didn’t know much about all the things to do in Chile until I started living there and talking to locals. Once I arrived I was blown away by all of the unique things to see and the hot desert.

One of the driest place son Earth it was a battle every day tip toeing behind building walls to avoid the sun. Once I saw most of the things there is to see in the region I decided to rent a car and drive to the coast. One thing I didn’t think of was getting was tinted windows because it was true battle staying away from Atacama Desert sun.

I didn’t win the battle.  Anytime you travel somewhere you always have a few things in mind in terms of what you want to see. I wanted to see the sites around the Atacama Desert but at the top of my list was the hand in the desert. 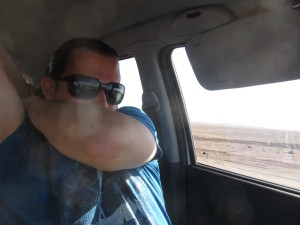 Attack of the Atacama Desert Sun

What I didn’t realize is that its not anywhere near San Pedro de Atacama where most of the attractions are in the area. One of the problems that I ran into was most people were telling me that it would take 4-5 hours to get there.

After asking the 5th person I finally realized that most people take the bus and wouldn’t be driving a rent a car with enough car insurance to cover my accidents while eating twinkies while driving (TWI, serious problem in the states if you were wondering). I still haven’t learned that I can’t eat dinner while driving like a race car.

Once I headed on the road I got into a fight with the Atacama Desert sun. In the city of San Pedro they have a meter to measure how much the sun is going to destroy your skin. It looks like a common street light with some additional lights. The light never went below the scorching hot level. As I was driving through Chile’s mining country as I was snuggling up in every possible position trying to avoid the sun. 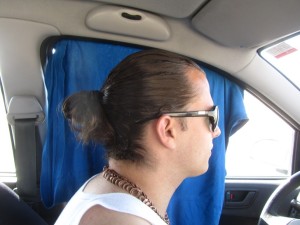 The pretzel position was my favorite but it didn’t last long once the cramps set in and well… you have to hold that delicious breakfast I ate and the pretzel just isn’t good for that. Gas stations are rare in the Atacama Desert.

Before I got the brilliant idea of doing a strip tease in my 2 door Chilean Ferrari and putting my t-shirt on the window to block the sun I did what any responsible foreigner would do. I drove with my knees at roughly 90 miles an hour. No biggie.  I finally arrived to the coast after losing the battle with the sun to the city Antofagasta.

My Uncle couldn’t pronounce the name of the city since he is El-Spanish-O impaired so he called it Ravioli and Pasta. Ravioli and Pasta was a very cool city that is a vacation spot for many tourists as well as Chileans. I was able to ask for backwards directions, see map above, to La Mano del Desierto (hand in the desert) and also to the very impressive La Portada (the doorway). 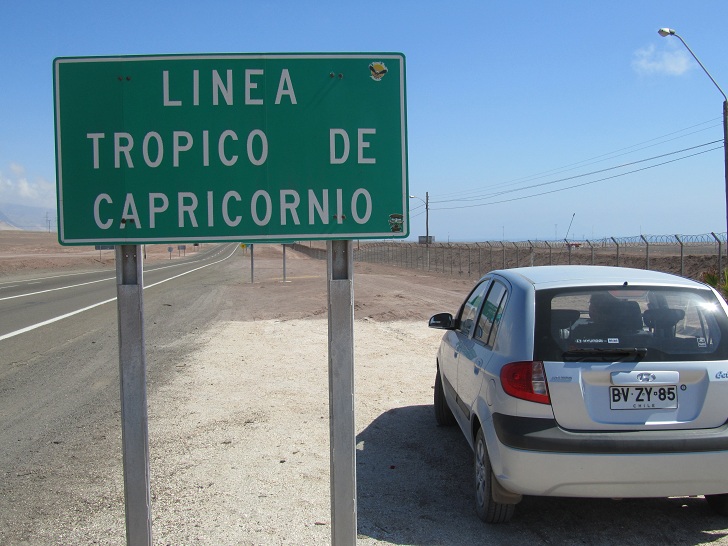 The Tropic of Capricorn & My Chilean Ferrari

I had a few hours to kill so I decided to take the scenic route along the Chilean Coast. It was very impressive as I would be driving with the Andes Mountains to my right and the water to my left. I would stop along the way in every little town to really experience the Chilean countryside.  As I was driving a few hours along the coast I got a bit bored seeing small town after small town. You can only hide from residents while taking pictures of them inside their homes so many times.

I started playing a game with a fruit truck driver as every time pass him (driving with my hands this time) I would stop at a small town to only have him pass me back when I stopped. Every time we would pass each other, including the time he saw me relieve myself, we would have a specific honk. Sorry I cannot explain the way he honked when he saw me that time, truly sorry. I really wonder how confused he was when we stopped passing on.

Once I arrived in the city of Tocopilla I had a very grim though on the rest of my trip. I didn’t see any way to cross through the Andes mountains and every local I would ask would point me in some random direction. I finally found the way through the Andes on one of those windy roads that we all hate. Have to say it was hard eating twinkies and driving with my knees then! Silly Chileans, don’t they know people want to eat while they drive? 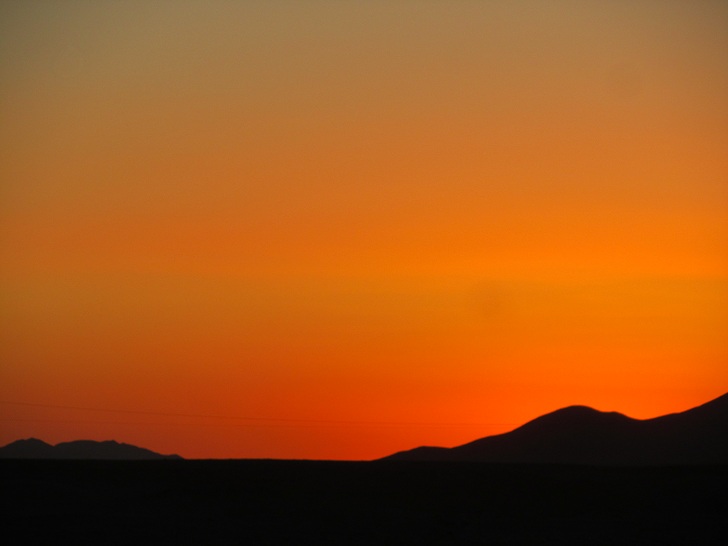 The sunset in Atacama Desert, Chile

After I started heading down the mountain I knew I was going to make it to my flight on time. Consider renting a car and seeing the where road will take you when you travel to Chile. You wont regret it.