There were some very exciting things that I did on my trip to Israel like doing back flips into the Jordan River and scuba dive with Dolphins.  There was also very interesting aspects of religions and culture that we were able to learn about.  Two of those religions that I learned about most people haven’t heard of.

I found it extremely fascinating learning about all of the faiths that reside in the country.  While the globalization of the world continues, there are loads of countries that have many different religions.  But how many countries can say that they have the holiest sites of those religions in the world?

Think about this for a second

The Western Wall in Jerusalem

There aren’t many places in the world where you can see Muslims and Jews being right next to each in harmony (check out Paramaribo, Suriname).  These are the religions that you would expect to hear about right?  What you don’t hear about is the Bahai Faith and the Druze that have their holy sites in other cities in Israel.

You may have seen the spectacular Bahai Gardens in pictures of the best things to see in Israel.  The Druze are a smaller religion that is found in Israel but also found in many other Arab countries nearby.  My favorite of the two new religions is Bahai Faith, The Druze I found to be more complex and unusual.

The Bahai Faith is open to anyone and everyone around the world.  You could be black, white, fat, skinny, smart, stupid, and even like to pick your nose (I won’t judge you either as long as it’s just your nose).

The Bahai Faith started in Persia which is modern day Iran (Yay! More friendly neighbors!) in the middle of the 19th century.  Of course the authorities of Iran loved the new faith and decided to live in harmony by killing some 20,000 followers including one of the prophets named the Báb (Bob).  The Báb decided to rename one of the early followers of the faith Bahá’u’lláh (Bah-hoe-lah) before he died.

In Arabic, The Báb means glory and Allah means god: “The Glory of God” 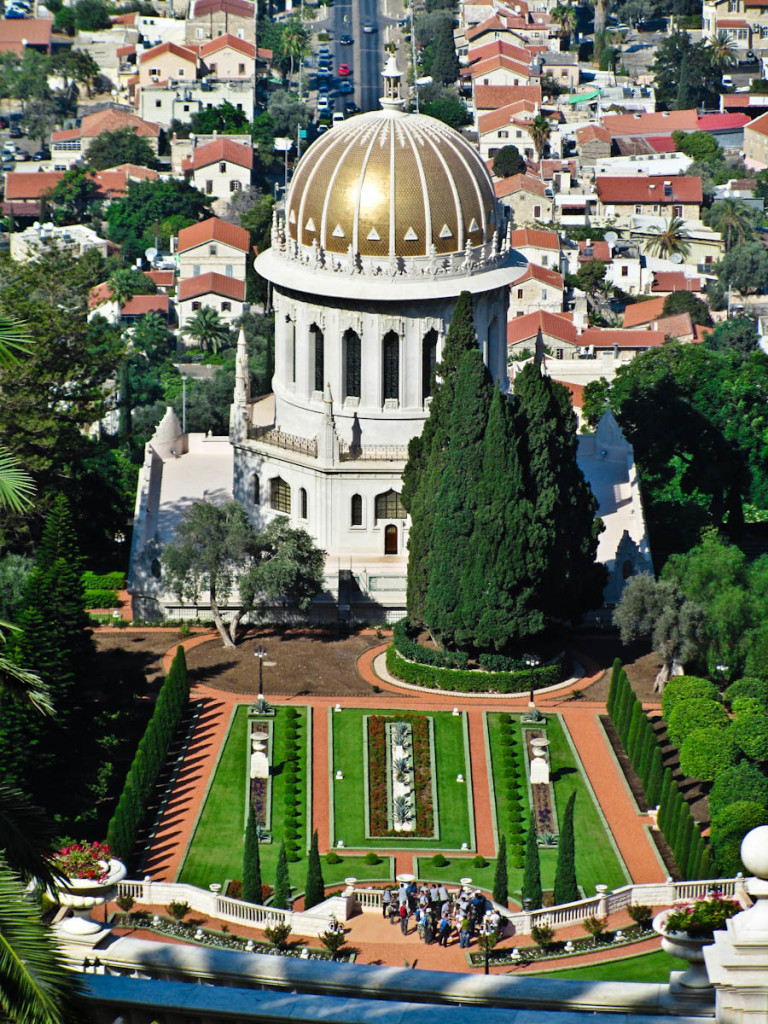 Followers of the Bahai Faith are known as followers of the glory of god.  Once The Báb died, Bahá’u’lláh was not killed because he was cooler than the other side of the pillow.  Being a nobleman, the authorities decided to banish him with 70 of his followers and he ended up in Acre, the worst prison colony of the Ottoman Empire.

He was sent with his family and followers to die.

Acre is part of modern day Israel but was part of Syria during the banishment in 1868.  Bahá’u’lláh had the vision that he was the promised one envisioned by The Báb while being imprisoned before he was banished to Acre.

The prisoners and prison authorities realized that Bahá’u’lláh was a man of great nobility, integrity, and faith.  They relaxed the restrictions on him and his followers and they were allowed to leave the prison.  On many occasions he arrived at Mount Carmel which is where you will find the Bahai Gardens in Haifa and the center of the Bahai Faith today.

He sat next to his son and a group of cypress trees on one of his last visits in roughly 1890/1891 and told his son that he wanted the remains of The Báb buried on the mountain.  It went from a bare mountain with nothing but rocks and shrubbery to the gorgeous gardens that you see today.

There have been divine messengers that have come according to the needs of the people of that time.  You may have heard of a few; Abraham, the Buddha, Jesus, Muhammad, and Michael Jackson.  If you have seen Michael Jackson fans you will realize I’m not kidding.  The Bahai Faith is essentially a balance of life, peace, and honoring god through many different principles.

Soon I will be sharing info on the another faith that I have some beef with, the Druze.