Those that know me personally are surely thinking what did I get myself into now?  This of course, was not started by me, I can assure you of that.  Muslim culture is known to be very conservative and any public displays of affection are strictly prohibited.  Male & Female contact should be kept to a minimum, actually, zero.  Even when people swim at the beach, women are fully clothed and there are men that swim with t-shirts on.  They are very conservative, get it?

Whenever I am traveling, I always like to try and fit into the local culture, that is until there is no way of fitting in (practically any place in Africa).  I was traveling from the capital of Ethiopia, Addis Ababa, where the extra warm pores in my skin were getting (gladly) accustomed to the tolerable warm days and lovely crisp cool nights.  As I traveled closer and closer to Somaliland my pores were grasping for air, it was getting very warm.

Faces of Somaliland: The Cute Carrying a Goat.. NOT RANDOM.

I decided to wear shorts the first day that I arrived in Somaliland and boy was that a mistake.  In addition to the locals not appreciating my very fine, on sale, Old Navy cargo shorts, they didn’t appreciate my David Beckham pony tail either.  I am man enough to admit that David Beckham is my man crush, what’s yours?  If you said you don’t have one then you are obviously still in the “I’m afraid of my manliness” closet.

After I broke off from the white boy wolf pack I decided to try and find the Ethiopian embassy to get a visa back into the country.  As I walked in front of the presidential palace that’s when it happened, a ninja chick grabbed my arm and started saying something in Arabic.

Ninja Chick: Women that cover themselves w/ full Burkas where you can only see their eyes

I think any women or man would be able to identify the slow, sensual, caress, of another human being.  Even dudes, dudes like to touch other dudes, get over it.  The ninja chick grabbed my hand while she was wearing her ninja attire as both her and her friend turned around and looked me head to toe.  We call that checking someone out where I am from.

I’m not going to be cocky and say that I was at my best that day because clearly, walking in the sandy streets of Hargeisa (the capital) had turned my skin into sand paper and my hair into finely combed dust.  At the same time I don’t think someone would grab your hand to tell you that you are wearing phenomenally awesome cargo shorts from Old Navy.

Sorry Ambercrombie & Fitch, I clearly prefer to pay $80 less for a pair of shorts.

This is one of the reasons why you should never judge Somaliland by its cover.  If a ninja chick is hitting on a dusty foreigner, what does that tell you about what goes on behind closed doors?  They clearly offer tea and crumpets that’s what,  Somaliland is the British Somalia you know.

I was surprised and I’ll be honest, I walked with a pep in my step the next day.  I mean I just got hit on by a ninja chick!  Then it happened again, another ninja chick grabbed my arm and the third situation was a little bizarre.  I was being toured around the city by a Somali women that is from Liverpool, pronounced Liva-poo of course. 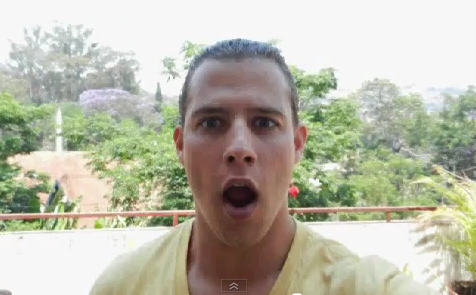 She took me to see the MIG and the sunset at one of the best viewpoints in the city.  Shortly after, we entered the market to buy Somali spices so I could take home and make Somali tea, the stuff is seriously that good.  As we walked to the car I was thinking about what an interesting place Somaliland is. I reached for the door handle and I suddenly felt that funny feeling when someone was watching you.

I turned around and sure enough, full on Stank Face.  Okay it wasn’t a stank face, it was more a face of confusion.  She was a half ninja chick or probably a ninja chick that decided to take off her ninja attire to show me her confusion face.  I was obviously surprised, I backed up and put my back against the car and said words that aren’t appropriate for this website.

My tour guide started to talk with the ninja stalker and she translated the fact that she fancies me, fancy being the weird way the British describe when someone likes you.  The ninja stalker simply didn’t know how to describe it, she obviously should have grabbed my hand like the other two.

So there you have it, if you’re western women acting like a ninja chick you know exactly how to hit on a Muslim.  If you are a western man you obviously will have to wait until a ninja chick grabs your hand. If no one grabs your hand then you are clearly not attractive to ninja chicks, life isn’t fair, get over it.