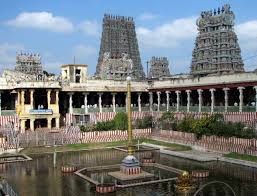 In southeast India, travelers can find the famous Temples of Madurai. Known as the Athens of the East, these wondrous structures, can be found in the state of Tamil Nadu. They were built over hundreds of year ago during ancient times, the Middle Ages, Renaissance and early modern period. It is the 7th stop in our series Journeys to Discovery.

The city of Madurai has an incredible history, that can be traced back some 2,500 years. The place was mentioned since antiquity in Tamil literature. The cultural richness and historical significance of the city, led it to become a major center of religious worship in Hinduism.

The city of Madurai is filled with both large and small temples, with some of them gaining international fame for their sheer size and exquisite beauty.

The city became known as the Athens of the East, when a Greek ambassador arrived in the court of Chandragupta Maurya, who reigned from 321 to 298 BCE. The diplomat was so awestruck by what he saw, he immediately compared it to the most beautiful city in ancient Greece, the city of Athens. 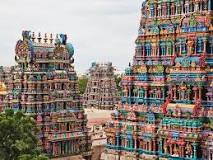 Over the centuries, Madurai was ruled by a number of different dynasties and numerous rulers. The city would be taken over by invaders and for awhile was even an autonomous state, with its own Sultan.

The city of Madurai is built around the massive temple complex of Meenakshi Amman Temple. Upon arrival to the city a visitor will observe the 14 gateway towers to this enormous and sprawling temple. The towers are beautifully designed and are decorated with vibrant colors. 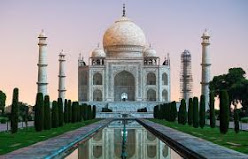 Over the centuries the temple complex has been a center of culture, literature, art, music and dance. It is considered to be most impressive religious building in south India. It is to south India, what the Taj Mahal is to northern India. The temple remains the best example of South Indian Vijayanagar temple architecture.

The entire complex encompasses near 15 acres or 6 hectares. 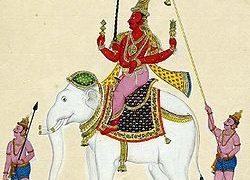 Indra King of the Gods
God of Lightning, Thunder, Rains and River flows, King of Heaven

Legend reports that this huge temple was founded by Indra the king of Deva, while he was on a pilgrimage to redress a number of misdeeds.

He found solace and peace on the site that would become Madurai. Indra worshiped Shiva, who caused golden lotuses to appear in the nearby pool. This initiated the construction, as a place of worship according to the story.

The original temple was purportedly built during the 6th century BCE by survivors of the Kumari Kandam. In the 14th century, the Sultanate Muslim Commander Malik Kafur looted the temple.

The rebuilding would begin under the first Nayak ruler Vishwanatha Nayakar late in the 16th century. It would be reconstructed in accordance to the shilpa shastra ( the design rules, principles and standards of Hindu architecture).

One can also see two golden sculpted vimanas, architectural features on top of the towers. These are located over the shrines of the main deities and are identified as garbhagrihas. 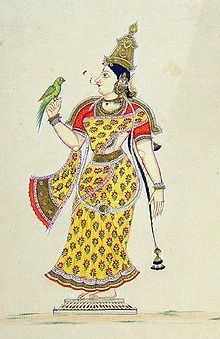 The main building was built to honor Parvati, known as Meenakshi locally, and her consort Shiva, that locals identify as Sundareswarar. The central enclosure has two beautiful golden shrines to Meenakshi.

The Meenakshi Temple contains around 33,000 different sculptures. There is a staggering array of gods, goddesses, heroes and demons. There are about 4,000 different granite sculptures on the lower levels. The sculptures placed further up the edifices, are repainted every 12 years. The last such touch up was in 2009.

The temple complex is the most prominent landmark in the city. It was listed as one of the top 30 contenders to be added to the New Seven Wonders of the World.

The annual 10-day Meenakshi Tirukalyanam festival, celebrate during April and May, attracts 1 million visitors alone. Throughout the rest of the year, there are usually 15,000 visitors a day with 25,000 on Friday. 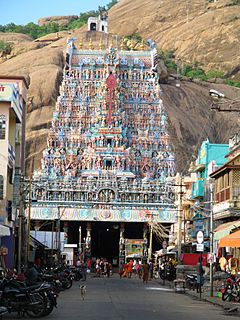 The Tirupparankunram Murugan Temple can be found about 5 miles (8 kilometers) outside of Madurai.

What is unique about this temple is that it is carved in a rock face and is enormous in size. The building is ancient and has stood on this site, since the 7th century according to some records.

The Tirupparankunram is one of the six homes of lord Muruga on Earth. He is known to be the Hindu God of War. Also known as Kartikeya, he is a son of the powerful god Shiva. The main shrine was built in his honor. There are smaller shrines dedicated on the site for the Goddess Durga, Shiva, Vinayaka, and Vishnu.

The ancient Alagar Kovil Temple, lies a couple of miles from Madurai. Historical text have the area a place of pilgrimage for many centuries. 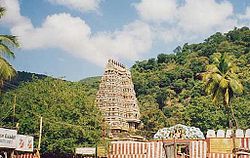 The golden canopy on the dome of the temple however, was commissioned by King Sundara during the 13th century.

Writings from centuries before identify Alagar Kovil Temple as a refuge for Jainism monks. There is a holy spring nearby, that has provided water for both residents and pilgrims alike.

There is a legend about a holy cow collapsing right where the temple was later built.

The temple is built in the Dravidian style and possesses beautiful carvings on the outside facade. 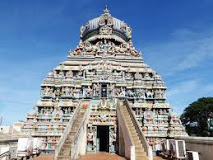 The Koodal Azhagar Temple dates back to the 5th and 6th centuries CE. The edifice is dedicated to the God Vishnu. It is one of the most important temples to followers of Vishnu. There are additional shrines to the Krishna, Lakshmi Narasimha, Lakshmi, and Rama.

The Koodal Azhagar has a five-tiered gateway tower. The main idol with the temple is fastidiously carved out of granite. It is said that the shadow of the main shrine does not fall on the ground. There is also a five metals (panchloha) idol of Vyuga, the temple’s festival deity.

In addition, there are a number of splendid paintings in the temple, that add to the magnificence of the place. 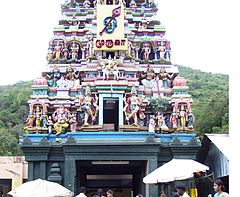 The Pazhamudircholai Murugan Temple is just over 15 miles (25 kilometers) from Madurai. It is another home of Lord Muruga. The Temple is far smaller than the aforementioned ones, but there is a rich history associated with the place.

Legend has it that the saint and great poet Avvaiyar, was subjected to a test from Lord Muruga.

The poet found a boy sitting under a tree at the site. The child asked if she wanted ripe or unripe fruits. Not wishing to argue with the boy, she asked for unripe ones. While the boy went up the tree to collect the requested fruits, a number of them fell with sand on them. After blowing away the sand, the boy insisted that Avvaiyar was blowing the ripe fruits as they were too hot. 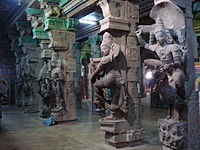 Sculptures inside the Meenaakshi Amman Temple

The boy of course, was Lord Muruga himself.

Information for the Meenakshi Temple

Best time to visit is from late October to early March

It will take about 2 hours to visit the main temple complex. The best time to visit is in the early morning and late evening to avoid the larger crowds. 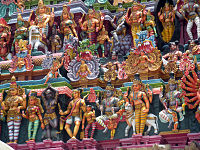 Close up of gopurum figures at Meenakshi Amman Temple

The official general entrance fee for the Temple Art Museum is for Indians just 5 rupees for foreigners it is 50 rupees ($0.77 USD) United States Dollar. If one want to use a camera, there is an additional charge of 50 rupees. Be advised the use of your camera, is restricted in many parts of the complex.

So called Temple Guides will try to charge an additional fee rarely below 200 rupees ($3.10 USD). They are usually just fronts for the various shops, especially those involved with clothing.

Parts of the temple are off limits to non-Hindus. Dress codes have been recently tightened. No legs should be exposed for either men or women. Shoulders on women need to be covered. If you find yourself improperly dressed, there is always someone willing to sell you articles of clothing, to alleviate the problem.

Personal items like cameras, mobile phones, bottles, food items and such, can attract attention and are restricted in many areas of the complex. It is best to minimize their use or better yet, leave them in your hotel room.