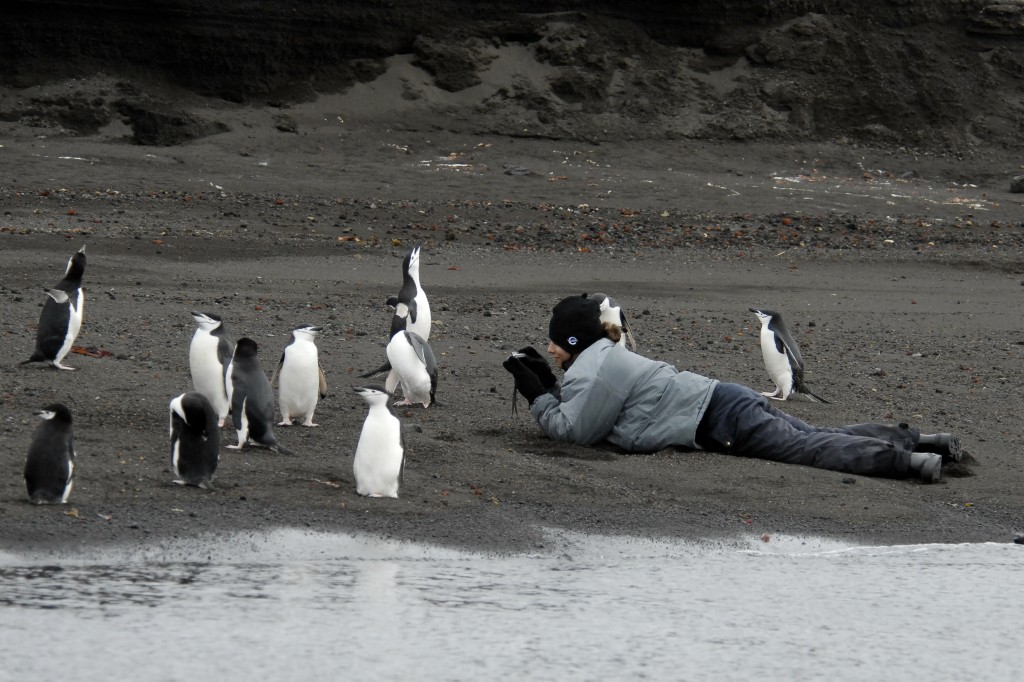 When they started surrounding me in Antarctica

Everyone loves Penguins and anyone who doesn’t is just weird :P.  One of the main reasons that people go to the great white continent is to see them and interact with them.  The location was Deception Bay which is part of the South Shetland Islands.  One of the things that you can be sure about in Antarctica is that the weather changes in 15 minutes.  The reason why the island is called Deception Bay is because when explorers were trying to find shelter from the destructive storms in Antarctica they would steer into the bay for shelter.  Once inside they would realize the towering mountains surrounding the bay would indeed protect them from the storms only to hide the exit when they wanted to leave. 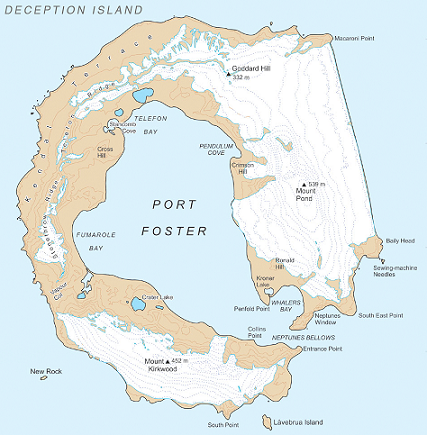 After getting off the zodiac (small boat transport from the cruise ship to the beach) everyone immediately huddled together for a small tour of Neptune’s Window (right side of the island on the interior).  As soon as I saw everyone getting together I immediately headed in the opposite direction.  Penguins have no land predators so they are not afraid when on land, you are however, a very tall foreign object that should not be there so they will walk away from you if you get too close.

The penguins in Argentina in the Punta Tombo Penguin Colony are used to having people walk right by them and many times wont move out of your way.  When approaching any animal in wild its best to walk very slowly, then take one step and let them get used to the idea of you being around.  After they look at you funny and get used to it then you can take another step.  This was my only chance.

There were roughly 4 different groups huddled together throughout the beach.  I walked as far as I could go away from everyone to ensure that I was alone.  On the map above I was at Fumarole Bay, left side on the interior.  I eventually got close enough to the penguins and laid on my stomach so I could take pictures and video (video coming soon).  Ten minutes later I realize all of the small penguin colonies that were on the beach all came and surrounded me. 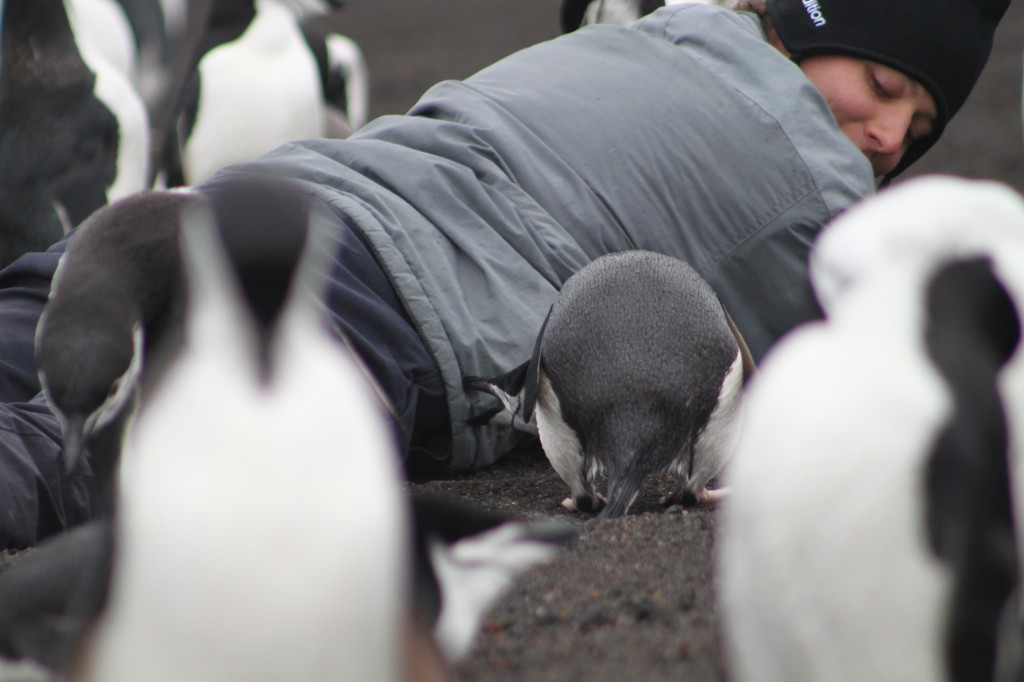 Picking on my jacking and jumping on me

This is what ensued, penguins from the largest Chin Strap colony in the world not only got curious they got hungry!  This wasn’t the best of situations as I had one that jumped on my back and did god knows what to my jacket.  There was even a penguin that was looking at my face and was deciding weather to peck at it or not.  I of course told him no and he was nice enough to listen and model in front of the camera.  One of my goals was to poke a penguin, but Chin Strap Penguins are the most feisty of all 17 different breeds.  I wanted to keep my fingers that day so I didn’t try anything too outrageous. 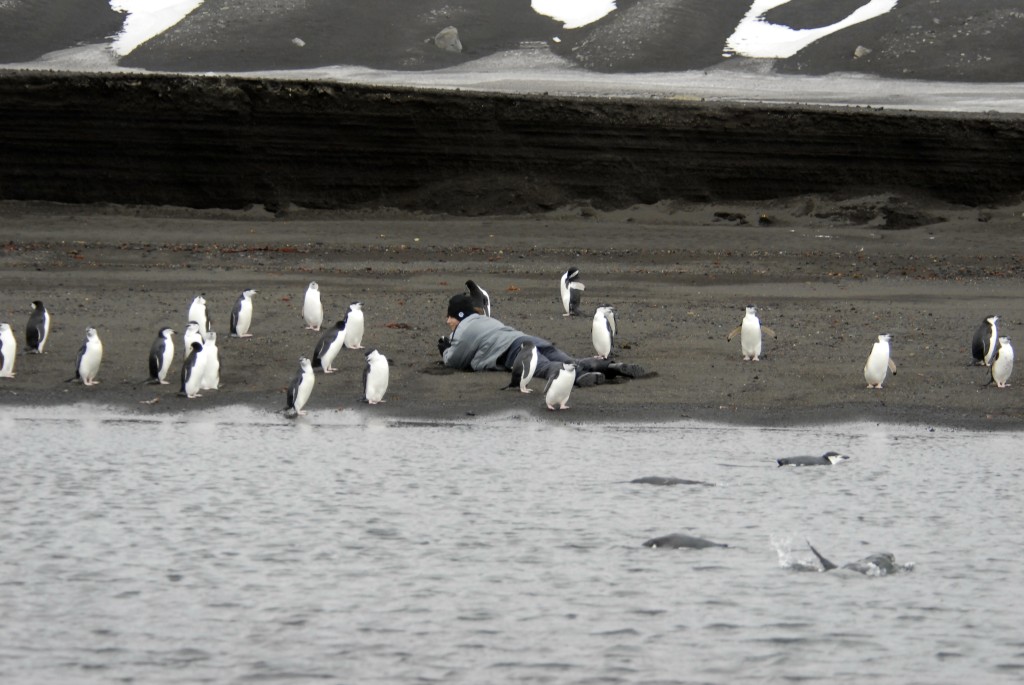 Notice the Penguins in the Water

They came in droves all around me and one by one they came and introduced themselves, unfortunately I don’t speak penguin.  I got a great souvenir from one of the Antarctic Penguins.  They adamantly tell you not to take rocks because if all 37,000 people that visit every year (and growing) took rocks there we would destroy the continent.  I of course took rocks but I got something even better.  The same penguin that tried to take my nose out stood so close to me that I could literally touch its body with my face by leaning over a bit.  Once I started taking pictures of him (or her) I noticed there was a feather hanging from his body.  Yes, I did it… see picture below: 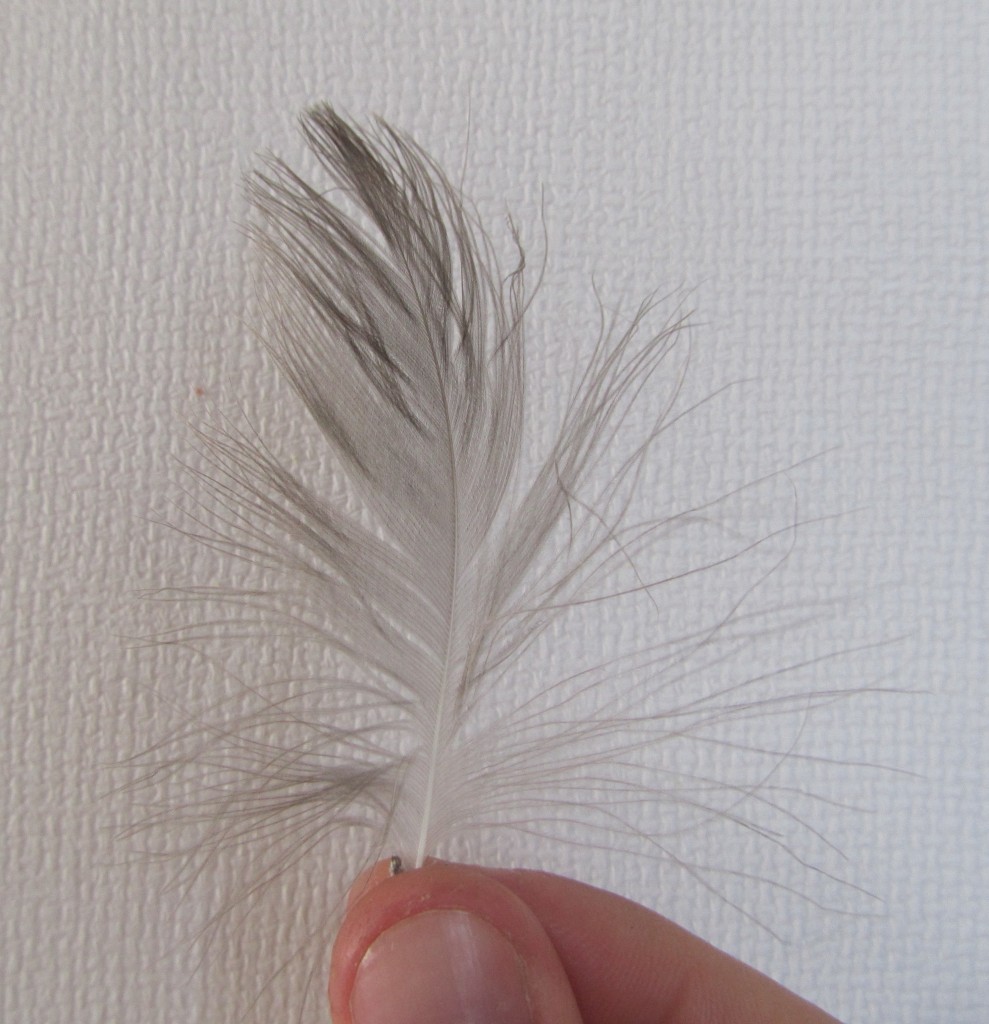 My very own Penguin Feather

Yep. Thats right.  I have my very own Penguin feather from Antarctica.  Since it was already hanging there, the little guy didn’t feel anything when I plucked the feather off of his body .  This will surely go down as one of the most unique experiences of  my life.

In 2009 I spent Christmas as well as New Years in Iceland and in 2010 I spent it in Antarctica.  I’m either going to choose a very tropical climate for 2011 or try to go on one of the lunar missions with Virgin Galactic.  Yes thats right ladies and gentlemen, space tourism is here check it out (click here).