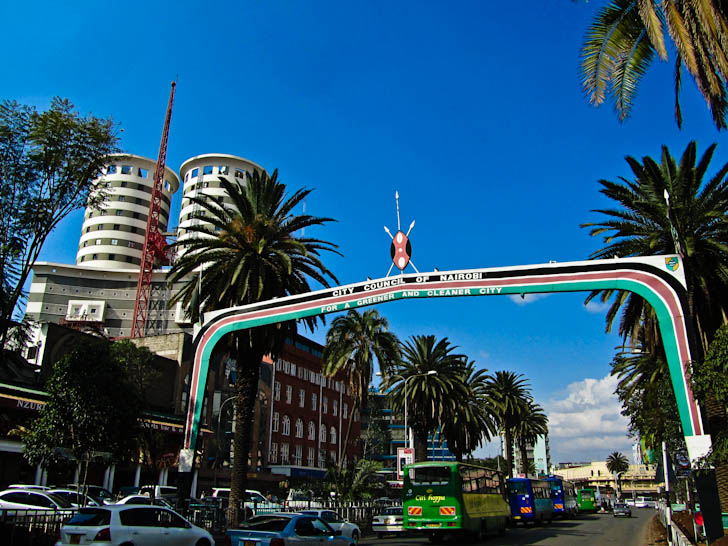 I have been living in Nairobi for nearly two months and I cannot describe what the city is like.  Living here is similar to describing what cheesecake feels like in your mouth for the first time, you just can’t do it.  I just came back from my trip to Israel and received culture shock for only the 2nd or 3rd time since I have been traveling around the world.  I was driving from the airport and the chaos on the streets with hardly any traffic really described Nairobi in a nutshell.

There isn’t any organization, or better said, there is an attempt at organization which doesn’t work.  As in most developing countries most people tend to not follow the rules.  On the way home there was a traffic jam because the Matatus wouldn’t stop cutting everyone off.  We waited for five minutes until my taxi driver forced his way through, it’s what you have to do get by a traffic jam in Nairobi.

I’ve seen Matatus drive on the opposite side of the street to just get ahead of everyone.  Piki Piki’s (motorcycles) also force their way through traffic and both are so impatient they can’t even wait for a hot pocket to heat up in the microwave.

It’s not the kind of chaos that is dangerous, it’s the kind of chaos that you sit back and enjoy.  Every single time that I have arrived in Kenya there has been a situation at customs; one line turning into two lines, two lines turning into one line, Kenyan’s wanting to get served before tourists, and even tourists getting upset and yelling at each other.  Just complete chaos. 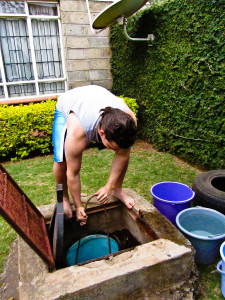 Getting Some Water from the Boar Hole in Nairobi

How long will it take for them to start swiping at the cake with their fingers & hands?  When you the go to the markets there is enough hustler aroma in the air to keep Donald Trump away.

They approach you with the smart tactic of speaking to you outside before you enter the market.  After they gain your suspicious trust they take you to the Kenyan version of an outside cubicle where they sell their products.

What you don’t know is that the products are roughly 80% overpriced.

I have lived in Sicily and I can tell you that the chaos in Sicily became very annoying very quickly.  They say it’s the charm of Sicily but it’s a completely different story when you are living there.

The power goes out on a weekly basis in Nairobi and there are small nuances like having to get the water out of a boar hole instead of from the faucet when the water pump stops working..  All this and I haven’t even begun to get annoyed at the chaos in Nairobi.

Not even close.  When you get into a time consuming situation in Kenya that normally takes 5 minutes in the United States you just smile.  When you look around a traffic jam and you see a Kenyan smiling at you from the other car it can’t seem like anything but a wonderful experience.  It’s still chaotic but its it leaves a sweet taste in your mouth.

I remember saying to the taxi driver, “Welcome back to Nairobi, Kenya, Marcello. Welcome back home”