The top tourist attractions in South America have been signed, sealed, and delivered.

To the depths of Patagonia.

The uniqueness of the Galapagos islands.

From the Paris of the South to the Colombia’s new identity.

Even the forgotten Guiana’s.

Visiting every country in the world has always been one of my goals. Over the last five years I have traveled rigorously and never expected this blog to reach the heights that it has. Wandering Trader has reached levels that I never thought were possible.  First off, if you are reading this I want to say thank you so much for reading and allowing me to share my life with you. There are many more good years to come.

Here is a sneak peak at the new site and logo we are designing for Wandering Trader.

I’ve stopped in every corner of the globe it seems. In 2013, I visited all 7 continents, 15 countries, flew over 100,000 miles, and visited over 30 cities.  One of the coolest things I’ve done is arrive at the newest country in the world, South Sudan. While being detained and arrested wasn’t fun it was an overall unique experience.

Travel is a beautiful thing but not because it is a competition.

It really doesn’t matter who has visited more countries or who has done more things. It is the experience.

This is the main reason why I have tried to immerse myself in cultures rather than traveling from hotel to hotel.

We could spend a lifetime visiting just Europe (the one place I have tried to avoid) with the immense amount of history and cultures to explore.  Each country around the world has unique things to see and things to experience.

Even though people may not enjoy some countries as much as others there is always something special to see.  I have been able to explore South America in depth since I have been here for so long. 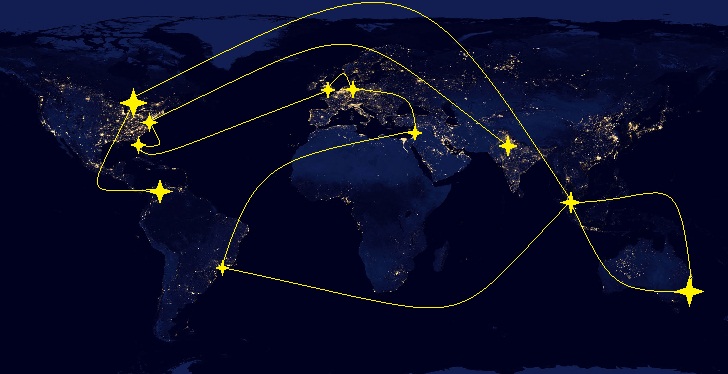 My 2013 itinerary traveling around the world

Overall I have been able to live in Venezuela, Colombia, Chile, Brazil, and Argentina.  I have also visited every single country in South America.  I recently just visited Ecuador and Galapagos Islands courtesy of Quasar Expeditions. Would highly recommend that you check them out as they have tours all over South America.

There are some favorites, countries I won’t be visiting in the near future, and some that I have called my home (my first home base if you will).

Overall the things to see in South America are about as impressive as any other place in the world. In this post I will talk about some of my favorites and also some of the things that I am still dying to see.  I won’t forget what I would consider to be the top tourist attractions in South America however.

No matter what kind of tourist you are these three countries will amaze you.

Like to eat? Covered. Like to dance? Check.  In Colombia, 40 year old couples will out dance you. Don’t be offended life sucks.

Like pretty women? Or maybe you swing the other way. Taking care of.

If you swing both ways to double your chances for a date on Saturday night I have a great city for you as well.

If you’re interested in birds, trees, adventure, dental work or plastic surgery, bicycle tours, anything you can possibly think of. These three countries I think would be your best bet. 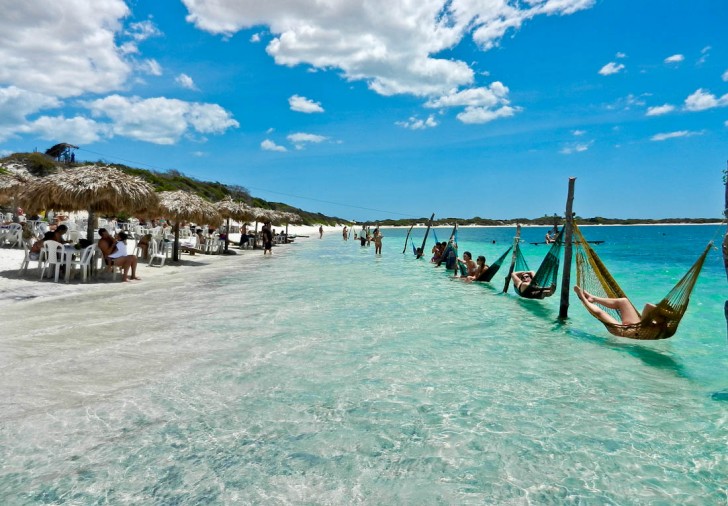 Picture of the Brazilian Maldives

To be completely fair Argentina would have the most things to see but they also have the worst attitudes. More on that later.

When I think of a perfect destination for tourists many times I think of both of these countries. Brazil and Colombia have some of the warmest and most gracious people I have ever met. Colombia continues to be in the top five of the most happy countries in the world. Year after year.

Brazil is an entirely different animal. What Colombia doesn’t have Brazil exceeds at. Rio de Janeiro is the city that you should not only visit, but live in.

Words cannot describe how incredible that city is. 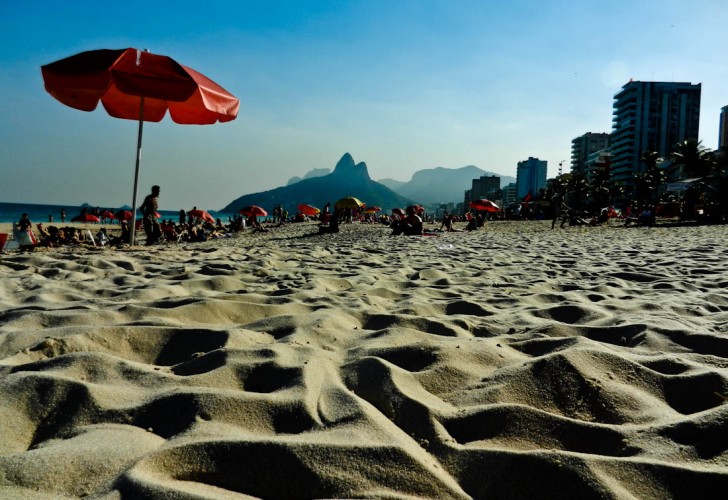 You should obviously see places like Machu Picchu and Galapagos Islands which aren’t in these two countries.

The little country of Suriname sits on the top right corner of South America and I didn’t even know it existed years ago.  What it does have is a unique mixture of cultures and religions that everyone should witness. It will be hard to get there, they don’t speak a word of English, but there is a special feeling about the country that I can’t quite put my finger on (in a good way).

The unique combination of people combined with a land mass that is covered by over 80% of the Amazon rain forest is something that you will remember.

My Love & Hate Relationship With Argentina

Argentina is that partner that you hate to be with but never get rid off.  The old car that you hate but are attached to.  The intoxicating desert you love to eat only to hate it when it appears in your stomach the next day.

There are so many countries around the world that squander their potential. Argentina happens to be one of them. Not only economically but also in terms of tourism.  It is one of the only countries in the world that offers a tourist absolutely everything he could ask for. The  advantage is that everything is roughly two to three hours away.

You may have your flight cancelled because of a monthly strike (it’s really a party for them every month) or have to wait through 8 hour delays.  But many travelers love to call these experiences “charming” so you may get used it. 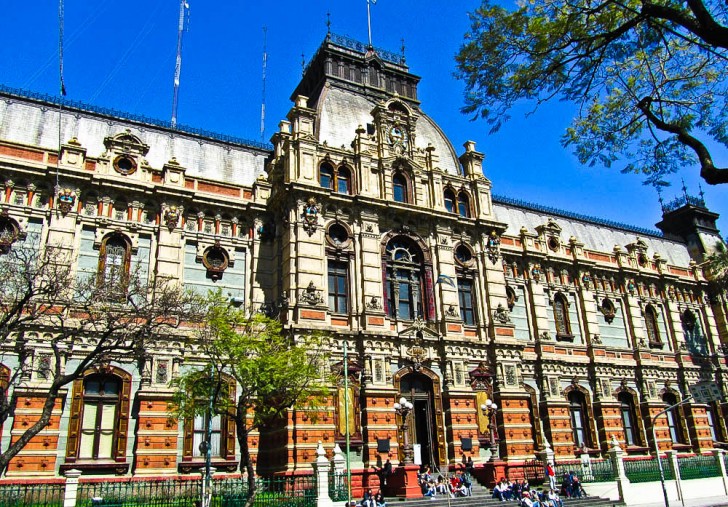 The most beautiful building in Buenos Aires called El Sanitario

Everyone knows about the bustling city of Buenos Aires that is commonly referred to as the Paris of the South. The city is charming, beautiful (in an old not taking cared of kind way), and extremely interesting.

Everything also happens to be falling apart, it’s extremely dangerous now, and the attitudes of the people are beyond atrocious. See the connection with Paris? I’m referring to the people of course.

Here are just some of the things that you could find in the country:

Let’s just put it this way, the only thing Argentina does not have is a beautiful beach. But one can find the beautiful beaches of Uruguay just a few hours away.

It’s truly is a shame that the country goes through an economic crisis every 10 years. Many tourists have to change dollars on the black market and I would urge caution in visiting the country. Take extra precautions in the city of Buenos Aires.  I warned years ago that you should visit before it was too late. It isn’t too late yet but things are getting worse and worse as time goes on. 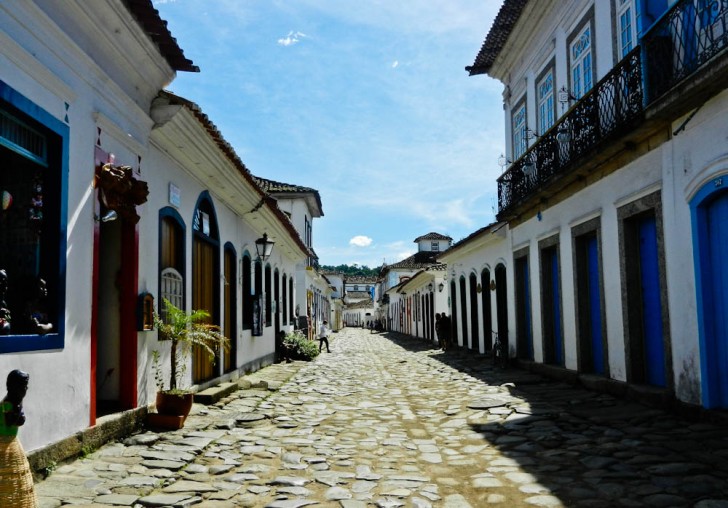 The colonial streets of Paraty

Some of us like to see everything and some of us like to see only highlights. I generally like to explore off the beaten track places but also visit the main tourist attractions. Due to lack of time or logistics there are a few places that are still high on my South America bucket list.

I was able to live in Rio de Janeiro for over six months. I took a road trip hopping down the coast of Brazil all the way from the northern city of Sao Luis down to the historic city of Salvador. I found things like the Brazilian Maldives and even beautiful colonial Beach cities like Paraty.

Due to the size of Brazil I wasn’t able to see everything. There is a place in northern Brazil called Lençóis Maranhenses National Park. Here one can find a desert that contains lakes on the coast. Just take a look at the picture for yourself:

There is also an incredible cave complex inside a national park called Chapada Diamantina.  We can compare this to the Midwest in the United States. The park has incredible cliffs and endless scenic landscapes to take a pictures of. The caves are found just a few hours from the historical city of Salvador.

I’m really excited to head back to Brazil as we are starting a day trading center in the city of Porto Alegre. Our dream however would be to have a penthouse in Rio de Janeiro we can house all of our traders.

Living in Rio de Janeiro is one thing but having a penthouse there? Priceless. 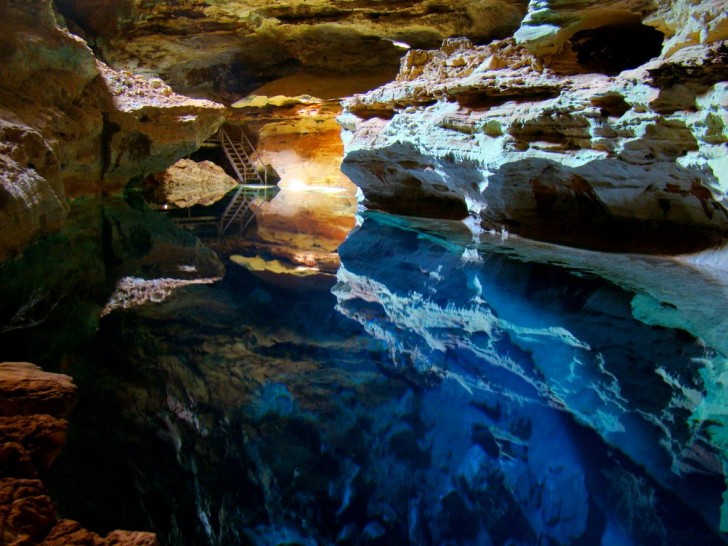 The caves in Chapada Diamantina, Brazil

There is a sanctuary near the border of Ecuador that seems out of a fairytale Disney movie. It is called Santuario de las Lajas.  Second on the list is the incredible Cano Cristales.  I’ve already made some contacts in order to visit the colorful and very impressive river.

The river is commonly called “The River of Five Colors” or “The Liquid Rainbow” because of the striking array of colors. 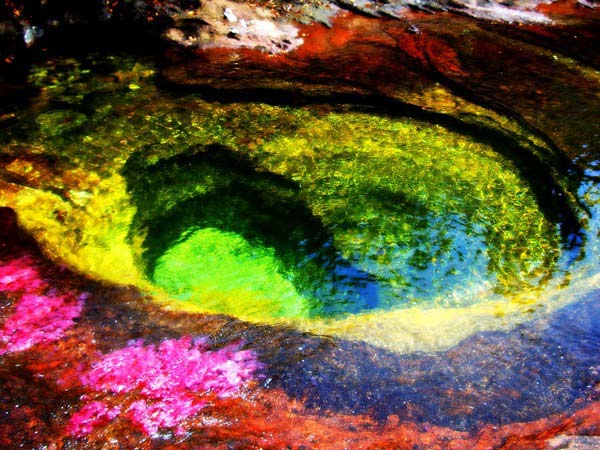 An extra attraction I wouldn’t call a must see but peaks my interest is the historical city of Popoyan in Colombia. This has been described to me as the most beautiful city in the country. I could possibly see all of these in one trip as they are all located in roughly the same region.

And those are the top tourist attractions in South America! Phew what a post! I still plan on traveling around the world and also including posts from some of my new WanderingTrader’s. I have been training people to day trade and have been able to have new up and coming traders that have started to day trade and travel around the world! I may update this post with some other incredible things to see that may not be “must sees” that I may still recommend. Until then I will be starting up our day trading center here in our new penthouse in Medellin, Colombia.