One of the things that I love about traveling is meeting different types of people from around the world and interacting with them.  My trip to Israel included roughly 10 or 15 Israelis otherwise known as our babysitters, 2 women from China and Singapore otherwise known as the kids, an Australian, and an Indian known as the Big K, Biggie, and Kaustubh (take your pic, if you choose Kaustubh you have to say it three times fast).  Below you will see the entire Once In A Lifetime Crew while at the Dead Sea in Israel. 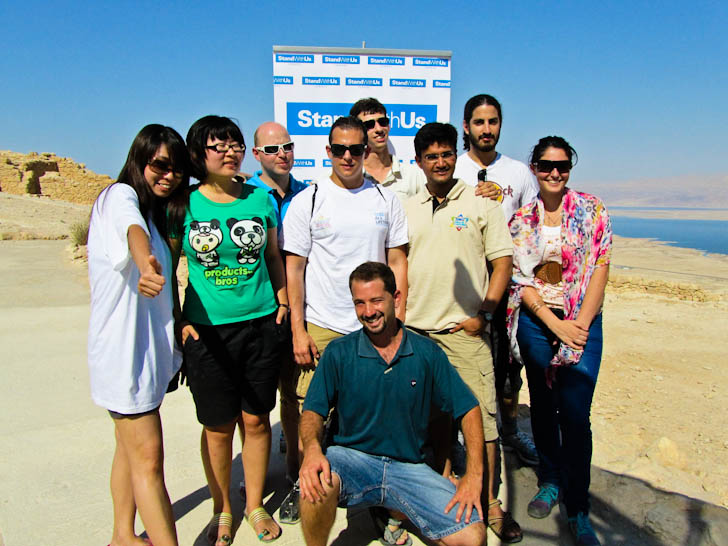 We were only getting about 3-4 hours of sleep, correction, the Australian and I were getting that much sleep since we always decided to hang out with our baby sitters.  The kids insisted going to bed early all the time and The Big K always did the responsible thing and wrote a blog post almost every night about the day’s activities.  The Australian and I clearly couldn’t write anything since we were doing the more responsible thing and partying with our babysitters.

When we were driving back from one of our trips, The Big K decides to start singing songs on the bus.  He says that in India anytime there is a bus trip they always sing.  If you have seen any Indian movies you will see the irony in that statement since most Indian movies involve tons of singing.

One of the kids sang, an aspiring singer from the Israeli babysitter tribe sang, the Sarsur & Israeli backstreet babysitters sang, and the Australian and I decided to supervise.  We didn’t want to embarrass anyone with our professional voices.