Shabat Shalom said the man.  I was still trying to learn other Hebrew words in Israel to expand my complicated language skills, I was already starting to mix Swahili with Hebrew.  We were headed to a Kibbutz to have dinner during Shabat which is the Jewish version of Sunday.  Normally, only members of the Kibbutz eat in the dining room but they made an exception for us. 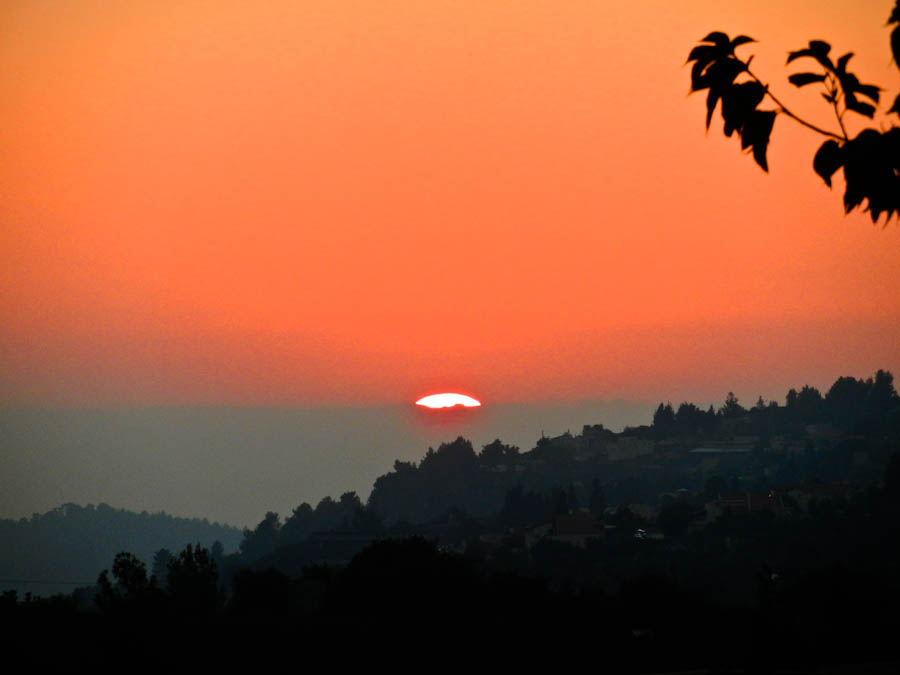 Sunset from the Kibbutz where we had dinner

After the Shabat dinner we were to return to our rooms at a different Kibbutz where we would come back for a tour of the next day.  It was very interesting to learn about a piece of Jewish culture that has become so popular throughout history, or the 19th century I should say.

The whole concept of a Kibbutz is that everyone is equal

The money that is earned is put into a pool that is shared by everyone.  People do not have lavish differences or even homes that differ in size and shape.  Everyone receives a similar style house and everyone is treated equally.  People don’t even own cars in a Kibbutz, there are numbers in the back of each car and you sign up at a specific time slot to rent the car. 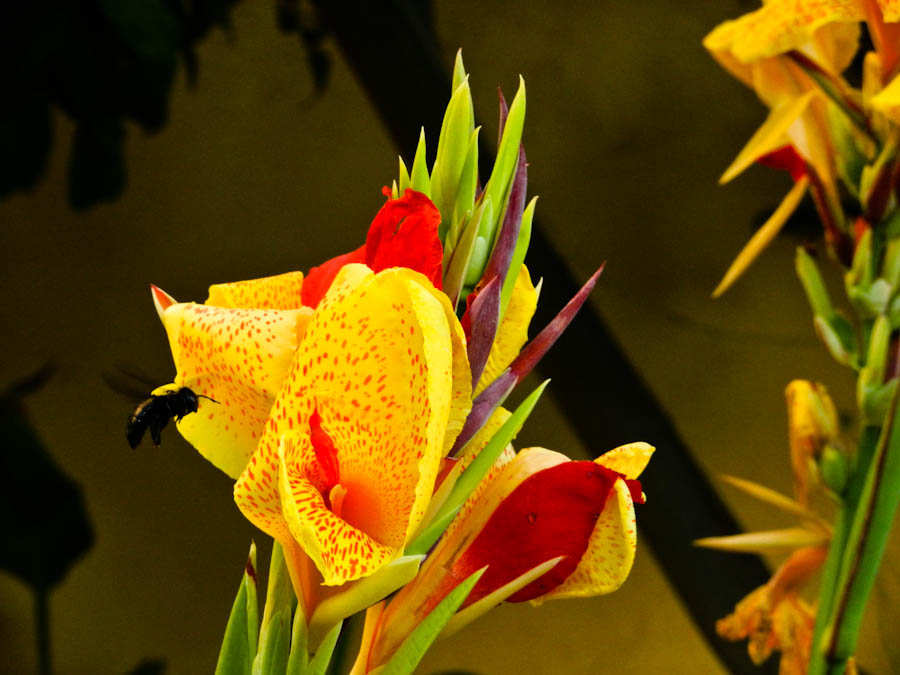 A bee at the Kibbutz

Everyone in the Kibbutz takes a vacation to Europe (can’t remember if its yearly) and since this man didn’t take a vacation he wanted a color TV instead.  It was finally agreed upon that he would get the TV instead of taking his vacation.  That gives a bit of an idea of the thought process that goes on in a Kibbutz.

There are two ideologies to understand when it comes to Jewish history.

The first and oldest, is the central idea that the Jewish people would return to their homeland and re-establish themselves as a nation among the nations in the world.  This is really the central theme and ideology dating back to ancient Jewish history.

Combine these two ideologies and Voilah! The Kibbutz is born. 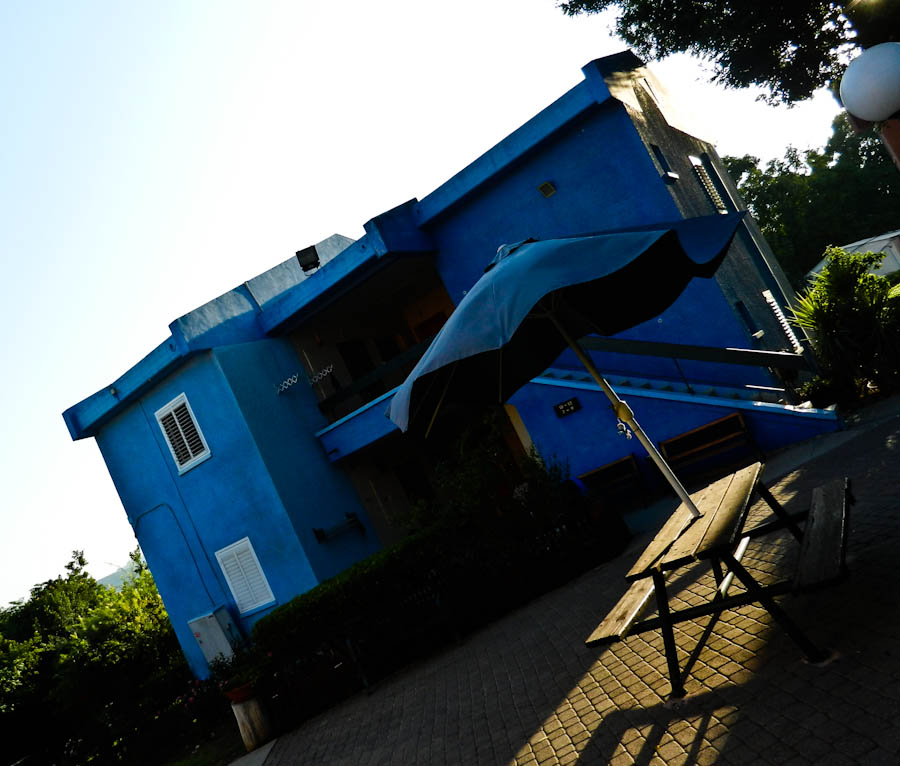 Picture of the Kibbutz

The Hasidic Jews are the very religious Jews that wear all black and have the curls that come down the sides of their head.  These kinds of Jews follow a Rabbi and once a year they all get together to ask this specific Rabbi questions.  That gathering was considered a Kibbutz, gathering together of the people.  The people who founded the idea of the Kibbutz commune came from a Hasidic background and eventually the word Kibbutz transformed into the commune that we all know of today.

The specific Kibbutz that we visited was very cool because we got to see the transformation of a modern Kibbutz.  The socialistic idea of a Kibbutz is that you should work as a farmer and make a living off the land while not taking advantage of anyone.  In modern times it’s very hard to make a living of farming, the Kibbutz that we visited has a windshield plant where they make windshields for cars.

People in the Kibbutz are so serious about their duties that we were told about a story of a man that worked for the government that would return to the Kibbutz every weekend to finish his work.  Now that’s what I call dedication!  I can’t even wash dishes because I’m too tired to sleep at night!

If you ever take a trip to Israel, definitely spend a day or two in a Kibbutz.