What the hell Portuguese?  You have taken my language learning prowess and completely torn it into shreds.  I can honestly say that Portuguese is my kryptonite (green rock that makes superman weak for my international readers).  I can compare the language to what I felt the first time I sent out to explore in Rio De Janeiro, overwhelming.

I have learned to speak many languages, I will be the first to admit that most of them are conversational and not fluent.  This means that I can tell a woman she is pretty and ask her to dance.  What every man would need right?  When I was invited to Israel I made sure I learned Hebrew and even when I lived in Ethiopia I made sure to learn Amharic, a language that hardly anyone speaks. 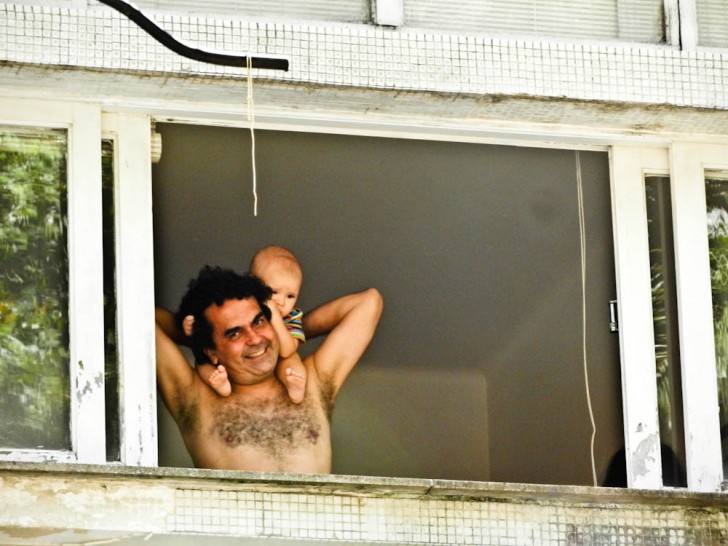 One of my favorite pictures of a Brazilian father & his son

I have visited Brazil before and I was able to pick up some Portuguese but now that I was living in Brazil and it was time to meet the Devil again.  Spanish is my first language and I am able to understand some of the language.  When I see Portuguese written I am able to grasp most of it.

The way I can describe Portuguese is Spanish and English words pronounced with a French, Spanish, and slight Arabic accent.  The language is most similar to Spanish as many of the words are similar but many times you will find English words as well.  One example is the word to dance, in Portuguese its dançar (took me a while to find that squigly line).

Brazilian can understand Spanish speakers almost perfectly, for Spanish speakers however, Portuguese speaking people sound like a confused person with someone holding their nose.  It’s like Speedos, it doesn’t work both ways.

They look much better on Europeans.

I have never had a problem with pronunciation but there are some words I still can’t pronounce in Portuguese.  The language is incredibly difficult to learn, most Brazilians attest to that difficulty as well.  I even had trouble trying to speak to the police officer that tried to arrest me today near a secluded beach that I visited.

He was so upset that I didn’t understand a word that he said but I did have a native speaker with me that was able to speak to him.  You would think after getting arrested and detained in South Sudan I would have a nice corrupt cop to work with in Brazil? Nope!

I kept repeated “is there AN YTHING ELSE we can do”

Now that I have been living in Brazil for close to a month I have gotten used to the language and have learned the basic expressions like “look at that thong on the beach” or the expressions we all know when we are upset, I like to yell “caralho”!  Look that up on google translate, this blog is PG-13.

I do prefer the Carioca accent to others I have heard so far, Carioca is a person from Rio De Janeiro.  Im off to a secluded beach in the north, ciao!