No other country can lay claim to the oldest continuously inhabited region in the world in Anatolia or commonly referred to as Asia Minor.  The Anatolian peninsula (or Anatolian plane) is the location where human kind can trace its earliest settlements (say hi to grandpa).  Turkey is the location where western culture and the Islamic east clash, fortunately for the world this has provided a unique and dynamic land to explore instead of war.  Here are the top 5 things to do in Turkey:

The Hagia Sophia in Istanbul

The New York of Turkey, it is the cultural and economic powerhouse of the country.  Similar to Sicily, it has been a major trading route throughout history causing it to be conquered by almost every culture imaginable including the Romans, Greeks, Persians, and even the Byzantines.

You can even find great cheap hotels in Istanbul and there are plenty of hostels in the city as well.  Some of the highlights of Istanbul are listed below, don’t forget to see the Roman Baths and Hipondrome!

A view of the planes in Cappadocia

Not on the popular things to do in Turkey list, Cappadocia is one of the most fascinating places to visit in the world.  Some of 36 underground cities once housed upward of 20,000 people.  Unique rock formations can be seen across the planes for great picture opportunities.  They even use to have horse stables and tombs, a very interesting place to visit. 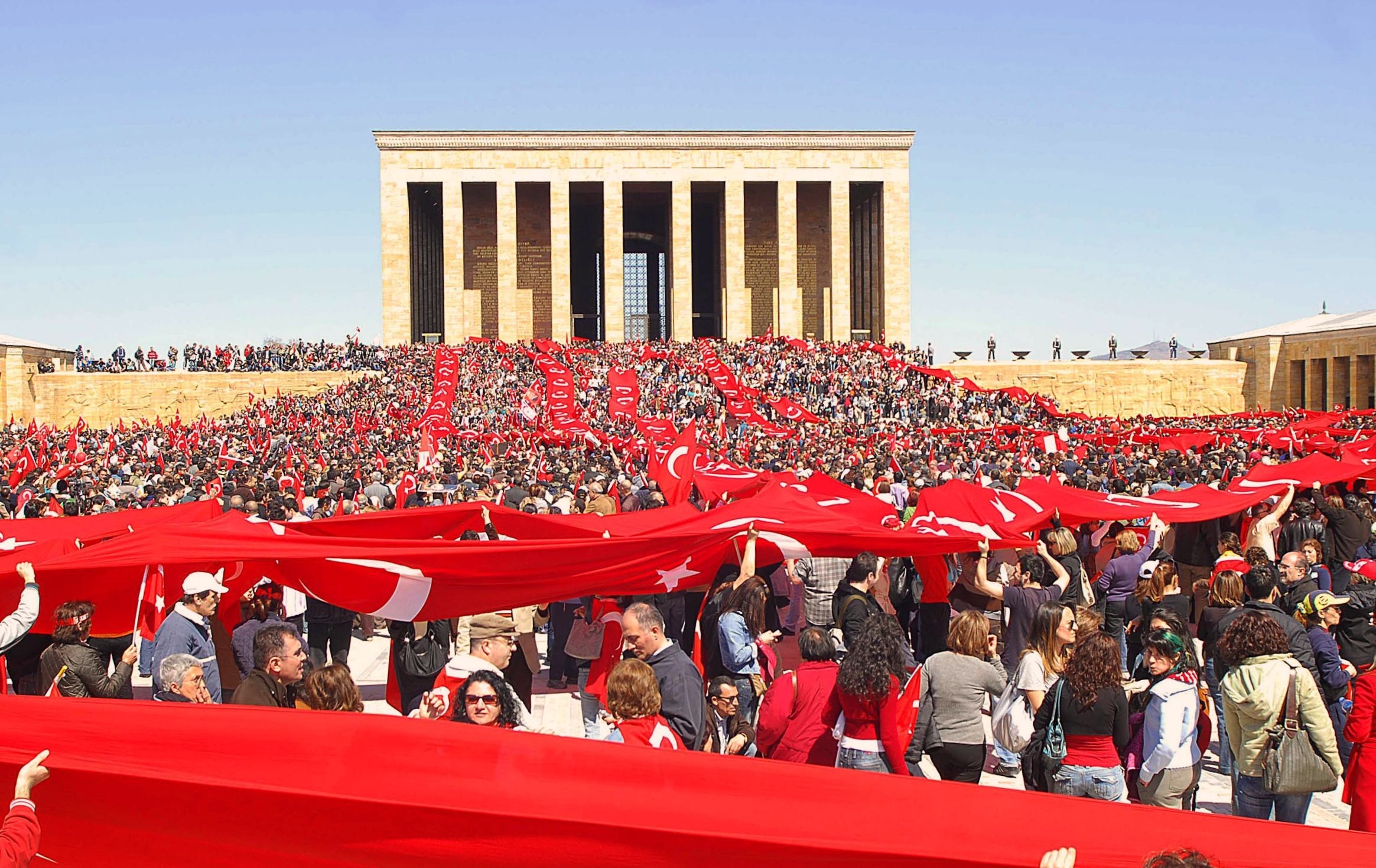 Anıtkabir, the Mausoleum to the founder and first president of Turkey

The capital city of Turkey is the 2nd largest city behind Istanbul and the political capital of the country as well.  There are museums galore providing great resources and information about everything Anatolia (you remember, grandpa).

You can feast your eyes on history and architecture all over the city from the Romans, the Ottoman Turks, and Islam.  The city also boasts gorgeous parks and a great shopping district.

The Ionian Coast & Ruins Of Ephesus

The Celsius Library in Ephesus

Ephesus– was a crucial port and strategic location in ancient times and is also located in a very fertile valley.  The first church dedicated to the Virgin Mary is in Ephesus since that legend has it that she died at this location.  A great combination of Greek and Roman ruins throughout the area including a great Greek Theater and the popular Celsus Library also can be seen in here.

The Ionian Coast – The Turkish Riviera is formally part of the Mediterranean and boasts incredible views of the sea and use to be a very Greek in ancient times.

Another very important city in ancient times this city sits on top of a hill providing great views of the Turkish lands.  Pergamon’s library is the 2nd best in the ancient Greek Civilization and houses one of the first spa’s and medical centers in the world.  Take a seat at the Greek Theater that use to house 10,000 people and maybe afterwards see what ancient healing was like!