The Great House at Shirley Plantation

The seventh stop in our series Off The Beaten Path, brings travelers to the James River in Virginia. Along this historic watercourse are a number of colonial mansions, that were built in the period before the United States became an independent nation. Among the oldest is Shirley Plantation, the senior active landed estate in Virginia, having started operations there in 1638.

Shirley Plantation also has the distinction of being the oldest family-owned business in North America, dating back to 1614. This is a mere seven years, after the first English settlers arrived in Jamestown in 1607. The history of the estate, now spans over four centuries.

The plantation as a whole was added to the National Register in 1969 and was pronounced a National Historic Landmark, the following year. This is a result of the estate still possessing many of the authentic structures, from its colonial past.

The brick outbuildings built in 1723, form a unique Queen Anne style looking courtyard. As these other smaller structures seem to frame the mansion, it adds to the majesty of the main house.

Included in the collection of buildings are a large two-story kitchen, with living quarters for slaves, and a two-story laundry house, also with quarters for living.

In addition, there is a stable, a storehouse, a smokehouse and dovecote. One of the two barns has an ice cellar beneath it. The latter, is the only remaining example of this building method in the United States.

Construction on the present day Georgian mansion, was begun in 1723. It features the pineapple throughout the woodwork, which was the Colonial symbol for hospitality. Unfortunately, the architect of the main building remains unknown.

The house was built with red brick walls and white trim boards, on a square foundation. The mansion does not really possess a front door, as the riverside and courtyard side entrances, have a two-story portico, with Doric columns supporting a pediment.

The entrance is located in the center, framed by a pair of long rectangular windows on each side.

The hipped roof rests on an entablature. This is a superstructure of moldings and bands which lie horizontally above the columns,resting on their capitals. At the Shirley mansion it contains dentil moldings.

The roof is broken up by dormer windows and two large brick chimneys. In the center of the roof, is the famous white pedestal, supporting a finial of an overturned pineapple.

Encompassing over 700 riverfront acres, the property is still managed by direct decedents of the original owners. These are the tenth and eleventh generations of the Hills and Carters.

The mansion is considered an architectural wonder due to its flying staircase and hand-carved woodwork. The steps rise for three stories, without visible means of support. It is the only one of its kind in the United States.

The superior paneling and elegant wood carving throughout the house, are among the finest examples of 18th-century artisans.

Shirley Plantation remains a family home that today is filled with portraits, historical furniture, crested silver and endless memorabilia, associated with past occupants.

In those days, the land was primarily cultivated for growing tobacco, to be used throughout British North America and to be shipped across the Atlantic, bound for England.

In 1638, a tract of land was granted to Edward Hill, which began the control by the Hill family. 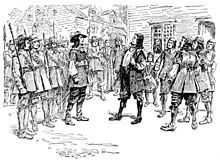 The original 450 acres (180 hectares) was expanded by both gradual acquisition and most importantly, through marriage.

The estate would eventually be inherited by Edward Hill II, who would be in charge during Bacon’s Rebellion in 1676. The decision to back Governor William Berkeley, led to an attack on the plantation by rebels, who proceeded to ransack and plunder the place.

Shirley Plantation would pass on to Edward Hill III in 1700. His only son Edward IV, would die of consumption at 16, leaving no male heirs. His youngest daughter Elizabeth, would thus inherit the property in 1723. She was the wife of John Carter, eldest son of Robert King Carter.

The construction on the present day mansion known as the Great House, began that same year. It would be completed in 1738. The original nearby residence known Hill House, would remain until the late 1860s, when it would finally be demolished. The building materials would be used in the construction of another famous plantation house at Upper Shirley.

During the American Revolution, Shirley Plantation was a supply center for the Continental Army. Twice, it was a listening post for both opposing sides. It laid in the no-man’s land between Lafayette’s army at Malvern Hill and the British at City Point. The latter is today known as the town of Hopewell. 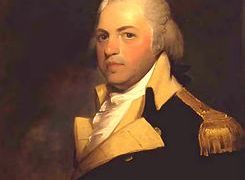 One of the most noteworthy family members born at Shirley Plantation, was Anne Hill Carter in 1773. She was the wife of the ninth governor of Virginia, Henry Lee III of the Stratford Plantation, known as Light-Horse Harry.

The couple were married in 1793, in the parlor of the mansion at Shirley. They were the parents of the famous Confederate General, Robert E. Lee. He has been recognized as one of the greatest American generals in history.

During the American Civil War, also known in the South as the War Between the States, the Shirley Plantation survived the Peninsular Campaign. In the later nearby struggle for Richmond, the Confederate capital, the mansion would again escape destruction.

The house remains largely in its original state. The upper floors are occupied by members of the eleventh generation of the Hill-Carter family. They are responsible for the running of the plantation, which is still in the private hands of the clan.

The bottom floor alone is open for touring, which allows visitors a glimpse of American life in the centuries before the modern era.

Many famous individuals have visited and even stayed at the Shirley Plantation. Over the generations, the members of the family have entertained the Byrds, the Harrisons, not to mention President Thomas Jefferson and even George Washington. The list of illustrious Virginians who have visited the plantation, is quite extensive.

Admission Tickets are to be purchased in the gift shop, before you begin your tour of the grounds.

The gift shop has many unique items related to the plantation.

AAA members with a valid card, are eligible to buy a ticket for $11.00. Active Duty and Veteran U.S. military and their spouses, are admitted for $10.00, with a valid identification.

Special rates apply for groups of ten members or more, but reservations will be required. These must be made at least one week prior of arrival, to receive the group rate.

Shirley Plantation property can be made available for corporate functions, special events and weddings. Your contact e-mail for these type of requests, is Anne Hale at information@shirleyplantation.com

Further information is accessible in the special events section of the Shirley Plantation Website. http://www.shirleyplantation.com/

Amenities include free parking, restrooms, with snacks and drinks being sold in the gift shop.

Photography Visitors may take photographs or make illustrations of the buildings, gardens and grounds as they wish, but it must be for personal use only. No such accommodations are permitted inside the Great House.

How To Get There Shirley Plantation is located 29.4 miles (47.3 kilometers) southeast from Richmond via I-64 East and Virginia 5 East. It will take about 34 minutes in normal traffic, to reach the plantation from the state capital.

Hours of operation are shorter during colder months.

Tours of the Great House will take visitors about 35-40 minutes. The rest of the tour is self guided and will take about 30 additional minutes.

The attraction is closed on Thanksgiving and Christmas Day.

Is available in the nearby community of Charles City, which is located 12 miles (19.3 kilometers) east of the plantation, on Virginia Highway 5 East. It will take approximately 17 minutes to traverse the distance.