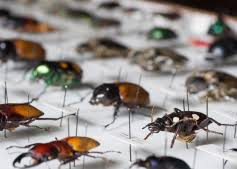 The May Natural History Museum remains a family run enterprise that houses the world’s largest private collection of insects.  Numbering over 7,000 individual specimens, travelers can observe colorful butterflies, beetles, centipedes, moths, scorpions, spiders and countless giant tropical insects rarely seen elsewhere. Located outside of Colorado Springs in the United States, this tourist destination affectionately known as the Bug Museum, is the 32nd stop in the travel series “Off the Beaten Path”.

The extraordinary collection was assembled over 80 years by James May a second-generation immigrant from the United Kingdom. He traveled to various parts of the world in the search of exotic and rare insects.  Many of them had never seen before, by the general public and even entomologists in the field at the time.

After his father died of malaria, a young James would eventually travel to South Africa during the Second Boer War in 1899. He would become critically injured and was taken by the local Zulu people, to a British outpost. This decision would end up, saving his life.

While he recovered, James began saving unusual species of tropical insects for his personal archive.

Later James would move to Manitoba Canada, but would continue to collect and accumulate even more insects, by trading with other collectors from around the world. This allowed him to receive rare specimens, from the most exotic and isolated places on earth.

In was in this manner that James May who died in 1956, was able to collect over 100,000 specimens of insects, during his lifetime.

The May Natural History Museum therefore, contains samples of insects both large and small from far flung areas of the world that include Brazil, South Africa, Indonesia and even Papua New Guinea.

His eldest son John, who lived from 1916 to 1987, recognized the possibilities of having such a large collection of unusual insects. He was credited in learning how to make airtight wooden cases from an old German cabinetmaker.

He then cataloged the insects, meticulously preserving them, with later mounting and scientifically labeling.

John would later buy a trailer and built movable stands, so the insect exhibits could be transported from one place to another. This ingenuity allowed the family to economically survive the Great Depression of the 1930’s.

It was finally decided in 1941, partly due to its more arid climate, that Colorado would be a more appropriate place for the growing and increasingly valuable collection of insects.

The May Natural History Museum was finally finished in 1952 by John May. Today it is still owned and operated by the grandchildren and great grandchildren of James. 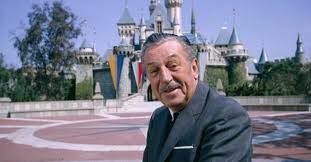 Later in the 1950’s, the archive of insects even attracted the attention of Walt Disney, as he was creating his theme parks. He made an offer for the entire collection. John May was amenable to an offer however; he wanted his father’s name attached to the assemblage.

Disney would of course own the exhibits, but they would be known as the James May collection. This provision was the deal breaker for Disney, so the insects stayed in the May family.

In 1958, and for a number of years, John decided to open a branch of the museum in Weeki Wachee Springs, Florida. This was when the giant beetle that welcomes you to the museum in Colorado, was first constructed for use at the Florida tourist site. 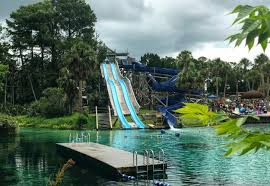 Even as John worked to deal with damage the humidity was having on the exhibits, by building air tight cases for display, another issue soon arose.   MGM Studios was buying the entire Weeki Wachee Resort.

The May family was then given the option to either sell their insect attraction to MGM or remove it. John May decided to packed up the cases and the giant beetle, and take the entire collection back to Colorado site.

Today, the vast collection is still arranged in antique framed white cases, that carefully document the type of insect and where it was found. The specimens are preserved remarkably well for their age and are sorted for their maximum visual appeal. 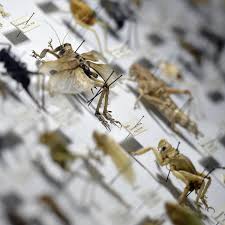 As tourists meander among the endless display cases, historic newspapers, and vintage light fixtures, one can easily imagine that they are experiencing at an old-time road show.

Upon entering the property, visitors will be greeted by the over-sized model of the Giant West Indian Hercules beetle named “Herkimer”, that had been brought back from Florida. Its horns are the size of a house. The Museum’s most massive natural specimen is actually a 9-inch Hercules beetle from the West Indies.

On site, tourists can also find a recreational vehicle campground. It is one of the most popular places for camping, in the Pikes Peak region.

The whole campground offers free Wi-Fi and reasonably priced RV options for hookups. Rates for the park are available for both short and long-term stays.

The massive butterfly assemblage is among the favorite part of the exhibit reported by many tourists. However, the importance of the museum cannot be underestimated. There are a number of specimens that are thought to be extinct and others that are now illegal to collect, since they are endangered. Other insects in the collection, have never been seen again, since they were first acquired.

Location:  Off of Colorado Highway 115, on Rock Creek Canyon Road, about 20 to 30 minutes driving time from Colorado Springs.

Days and Hours of Operations: Until October 01

For the months of October through April the museum is closed, but reservations can be made for groups of 10 or more.

Gift Shop: There is a variety of books, educational materials and other interesting items for sale.

Parking: There is plenty on-site parking, adjacent to the museum.

Lodging: Is available in Colorado Springs