The Museum of the Bible located in Washington D.C. opened in November of 2017. The founders of the museum, have amassed one of the largest collections of biblical artifacts and texts in the world. The assemblage of some 40,000 pieces, only became possible, through the collaboration of private donors, institutions, and other museums. It is the 17th stop in the series Off The Beaten Path.

The artifacts can be traced back from the time of Abraham (1852 BCE to 1697 BCE) through the New Testament period (the first century of the common era) of the Bible.

The origins of the Bible museum can be traced back to 2010. The estimated $400 million USD (United States Dollar) project, would update the historical Terminal Refrigerating and Warehousing Co. building that was constructed in 1923.

The original brick structure would undergo restoration of original architecture and ornamentation. Two additional floors would be added, along with a rooftop cafe and Biblical garden. The importation of bricks from Denmark, were necessary to complete the project.

The primary building located just two blocks from the National Mall, was the Washington Design Center in Washington D.C. and was purchased by the Green Family (the owners of Hobby Lobby) in 2012. The family and the National Christian Foundation, would be the primary donors to the facility at its launch.

David Green is an American businessman, philanthropist, and the founder of Hobby Lobby

The Green Family is also associated with the two other Biblical based tourist sites, both of which are located in Kentucky. These are the Ark Encounter and the Creation Museum.

Steve Green has donated 13 fragments of the Dead Sea Scrolls for exhibition at the museum, along with thousands of other ancient artifacts, from his personal collections.

The original building was awarded historical status by the District’s Historic Preservation Review Board. New construction was done by Clark Construction, with an architectural design team led by SmithGroupJJR. The chief architect was David Greenbaum.

The glass-enclosed rooftop provides actual views of the United States Capital, the Washington Monument and a number of the Smithsonian Museums.

The museum claims it is both non-political and nonsectarian. Cary Summers, the President of the Museum of the Bible, has stated the goal of the facility is to reacquaint the world with the book that helped make it, and let the visitor come to their own conclusions. He also has said: We don’t exist to tell people what to believe about it.

In 2016, the Museum of the Bible was embroiled in controversy, concerning questions over how various artifacts of the collections were being assembled. There was even a federal case, over thousands of clay items and supposedly, smuggled antiquities from Iraq, that were taken out of the Middle East via the United Arab Emirates.

In the end, the founders of the museum were forced to surrender some 5,500 artifacts, many of which may have been intended to be included in the exhibits on display.

There is another controversy over the authenticity of the six parchments, that the museum claims are part of the famous Dead Sea Scrolls. Three of them, may well be forgeries.

Criticism has been leveled against the Museum of the Bible for insisting that all members of the board of directors, had to sign a statement of faith. Additional critiques include the allegation that the exhibits provide an overly Americanized Christian Protestant viewpoint, in opposition to more accepted scholarly views of Biblical history.

Once inside, the tourist will view a grand lobby with a 200-foot or 60 meter LED ceiling. The setup allows for ever changing messages and other visual effects.

The exhibits that follow, attempt to offer a somewhat scholarly orientation on the impact of the Bible in history. David Trobisch, a scholar of the Bible, as well as the director of the collections, has played a multifaceted role at the Museum of the Bible.

Through Trobisch’s direction of a team of 30 curators and scholars, he has been able to identify the various storylines of the exhibits. He also plays a key role in new acquisitions and how they will be incorporated into the existing displays.

Several museum partners are responsible for the design and layout of the various exhibits. The Planning and Research Design Group (PRG) was in charge, for the history of the Bible floor. This group has worked on exhibits at the Smithsonian National Museum of American History and National Museum of Natural History.

BRG Imagination Arts is developing the full narrative of the Bible floor. Jonathan Martin Creative has recreated a Nazareth village from the first century.

C&G Partners led the design of the impact of the Bible floor. Previous work done by them, include exhibits at the United States Holocaust Memorial Museum and the Abraham Lincoln Presidential Library and Museum.

Each of the six floors of the Museum of the Bible, contain a different exhibit, which provides various aspects of the impact or history associated with the Bible. It includes three permanent exhibit floors, each measuring some 55,000 square feet or 5,100 m2. 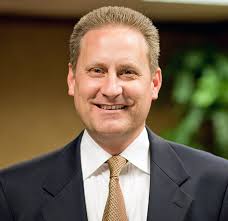 The first floor combines both ancient artifacts with modern technology. The purpose is to immerse the visitor with the Bible.

The second floor presents a focus on the Bible’s impact in history and world culture.

The third level provides a general narrative of the Bible from the days of Abraham, through the creation of Israel, to the early Christian church in the time of Jesus. There is also a large Jewish Bible section located here.

The fourth floor is a presentation of archaeology and biblical history.

The fifth level contains a performing arts theater, with a 500 seat amphitheater. The Museum of the Bible plans to sponsor scholarly lectures, in addition to multimedia performances, that relate to the Bible.

Individuals examining part of the Israeli Antiquities Authority’s Dead Sea Scrolls collection on display at the Shrine of the Book, a wing of the Israel Museum in Jerusalem.

The sixth floor provides a ballroom, that can seat up to 1,000 guests. It is here, where travelers can view parts of the National Mall and the U.S. Capital building. A number of stained glass exhibits, can also be observed from here.

The museum artifact research facility and reference library, are actually located in a one story addition, to the roof of a neighboring office complex.

The Museum of the Bible has already made agreements to exhibit significant archaeological artifacts, owned by collaborating institutions and private collectors such as the Louvre and the Israeli Antiquities Authority.

There are two eateries at the Museum of the Bible. Manna is an Israeli-Mediterranean street food cafe. It features biblical foods like flatbread and date honey. Also on the menu are traditional Jewish foods like hummus and falafel.

Milk and Honey is the 70 seat coffee shop, that will offer cappuccinos, various lattes and a wide assortment of teas. Also served are a number of snacks and sandwiches. 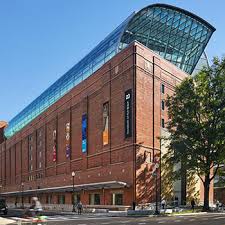 Museum of the Bible building

Many of the food items are certified as being kosher.

Both eating establishments will be operated by Equinox owners and The Jewish Table authors Todd and Ellen Gray. The Grays will also provide for future catering events at the museum.

The Museum of the Bible Gift Shop have hundreds of unique items for sale. There are gifts from around the world including a wide mixture of reproductions, sculptures, jewelry, books, stationary and exhibition catalogers. In addition, there are lifestyle apparel and accessories items.

Is free to all visitors

It is advised that you reserve tickets on line, well in advance of your arrival.

The Museum of the Bible is located within steps of the Federal Center SW Metro Station. It can be reached on the Blue, Orange, and Silver Lines. For up to date information visit www.WMATA.com

It is suggested that visitors utilize the metro system, as there is very limited parking in the adjacent areas of the museum.

The Museum of the Bible is open:

The Museum of the Bible is closed for Thanksgiving Day, Christmas, and New Year’s Day

Is readily available throughout Washington D.C., along with many other tourist attractions. There is a wide range of accommodations, to fit the needs of all travelers.