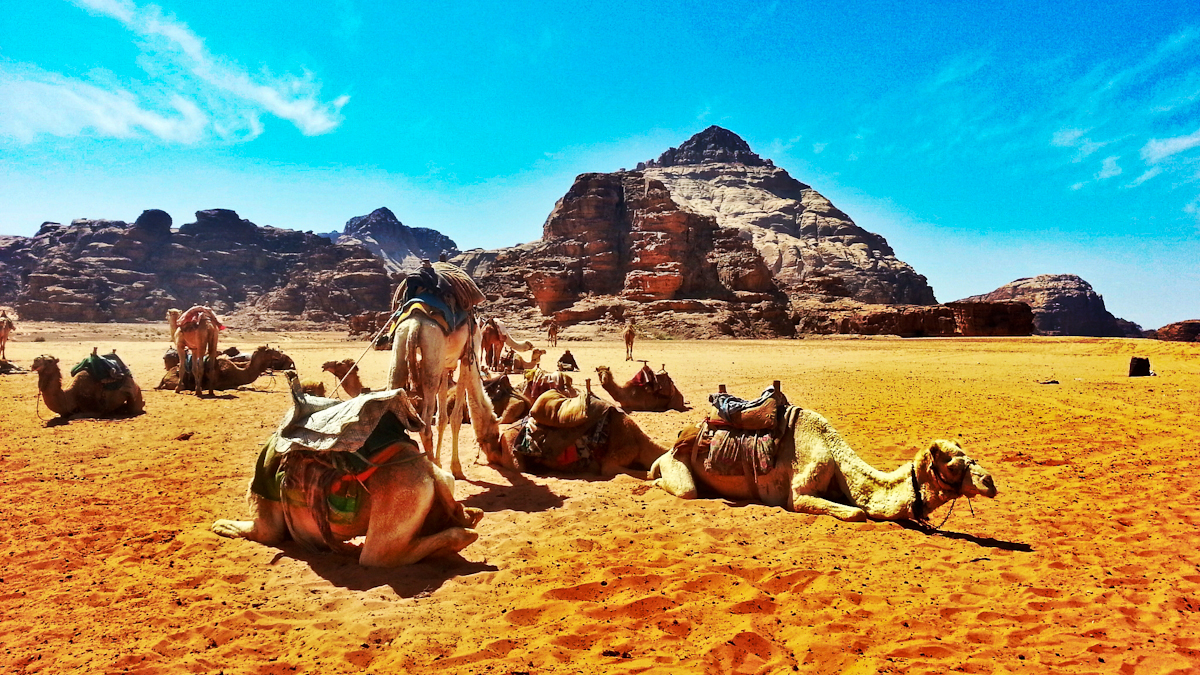 The camels at Wadi Rum, Jordan, were full of character.  This was more of a parking lot full of camels and is where local Bedouins would take a rest (mostly with tourists).  There was a local Bedouin tent where were able to try Bedouin tea otherwise known as Bedouin Whiskey.  We also filmed a “Harlem Shake” videos with the Bedouins as well.  The people of Jordan are full of character and are some of the kindest people that we have bet traveling around the the world.  Often times tourists only spend a few days in Jordan thinking there are limited choices on things to see.  Would highly recommend that one spends more time in Wadi Rum, Jordan, and also the other less visited sites as well.