Montevideo is often considered to be the sister of Buenos Aires.  The cultures of both cities and countries as well are very similar.  While the economy of Uruguay has begun to degrade as inflation has hit the country in the global economic downturn.  If you want to visit now is the time as dangers in the city will rise with the economic downturn.

Prices of food in the country are unusually high compared to expectations and there is still great architecture to see throughout the city.  One of the things I loved when I visited was the culture of Uruguay, it is exceptional to experience.

The population of Uruguay is roughly 3.5 million people of which over 50% live in the capital city.  The country is very similar to the countries in The Guianas in that most inhabitants live on the coast and especially the capital city.  Be advised that siestas are a requirement and if you choose to sightsee on Sunday’s then you will only find a McDonald’s open.  Don’t worry I eat there too, check out my hilarious post on what McDonald’s and Chinese people have in common.

This is where the history begins in Montevideo.  In the center of the plaza resides a massive statue of Jose Artigas who is known as the father of Uruguay’s Independence.  Many people don’t realize that Uruguay was created as a buffer zone between Argentina and Brazil until they became independent from the Empire of Brazil in 1825.  Under the statue you will find the mausoleum of Artigas which is shown above, make sure not to miss the changing of the guard at 12pm. 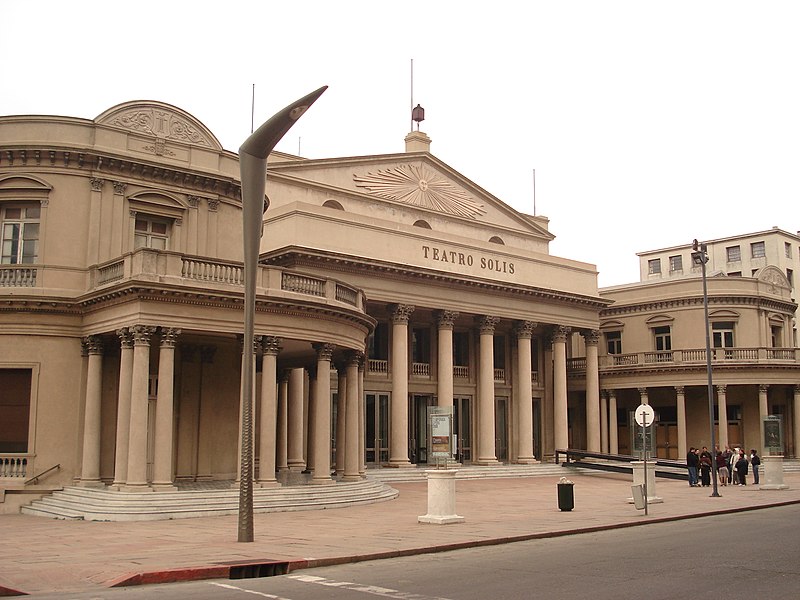 The Teatro Solis in Montevideo

After you explore the plaza head towards Teatro Solis which is very impressive.  There are tours that can take you inside, I tried to sneak inside unsuccessfully since every door was locked.  Once there walk around the old city and admire the old colonial buildings and architecture.  Make sure to visit the Palacio Legislativo (National Parliament) which was the first in all of South America and a great symbol of Uruguay’s democracy. 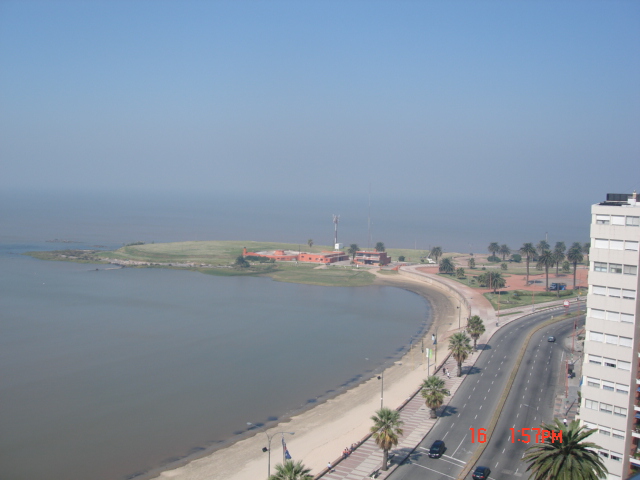 Picture of the La Rambla in Montevideo

La Rambla is the name of the extended boardwalk that spans the city.  You can enjoy great days and evenings here as locals gather for exercise and leisure.  Some of the best fish that I have ever had was at a little restaurant in a section of La Rambla.  You can find good nightlife along the Rambla in specific zones and you can also find beaches!  Montevideo is on the coast so make sure you start hitting the gym!

Picture of a market in Montevideo (Mercado Modelo)

One place that comes alive in comparison to the rest of the city is the old city.  There will be small markets where you can buy antiques and trinkets in squares throughout the old city.  Make sure to head to El Mercado Del Puerto (Port Market) during your stay to get an absolute great meal.

There are a variety of fish markets, restaurants, and what I personally recommend, a nice beef platter.  You can also find some nightlife in El Mercado De Puerto.  Make sure to head during lunch hour to really experience when the main market is open.

For such a small country I was really impressed with the museums in the city.  The National History Museum is spread out over five historic houses and has great info on the history of the country.  The best part is that the entry is completely free!  All of the homes were houses of important national heroes.  If you are interested in South American art head to Museo Municipal de Bellas Artes.

Montevideo should be your starting point in the country depending on where you are coming from. You can find cheap domestic flights throughout the country or even take a bus. Stay posted for updates on all of the best things to Uruguay.